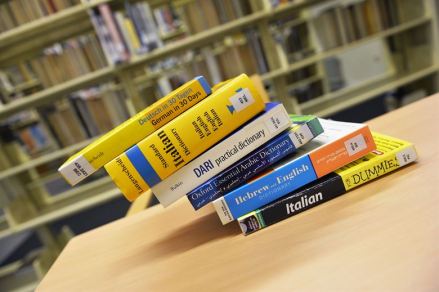 Language is a crucial part of communication. Not only does it provide us ways to express ourselves to one another, it is part of our cultural identity. Some languages, such as English and Spanish, are spoken in multiple countries around the world. Others, not so much. There are many languages that have died out or are in danger of being extinct. Duolingo, a language-learning app, has partnered with some indigenous cultures to help preserve their language. They announced on Oct. 8 that they would be adding two new ones: the Hawaiian language, ōlelo Hawaiʻi, and the Navajo language, Dinè.

The company explained their decision on Twitter, saying, “Hawaiian (ʻŌlelo Hawaiʻi) is an official language of Hawai’i, but less than 2 percent of the state can speak it – partly because it was once banned. We are proud to be part of an active movement to bring it back.” “Navajo (Diné bizaad) is the most widely spoken indigenous language in the U.S. While colonial policies led to its decline, recent efforts are ensuring its preservation for future generations.”

The Hawaiian and Navajo languages are dying out. Back when The United States colonized the Native Americans, they stripped them of their traditions and forced them into American schools and learn English.

The Hawaiian Islands were annexed by The United States in 1898 by President McKinley. At this time, the Spanish-American War was taking place. The United States selfishly used Pearl Harbor as a naval base. Hawaii officially became a state in 1959. Over the years, each generation strayed further away from the teachings of their forefathers.

It is vital that they are preserved. Many Native cultures have oral traditions they pass onto their children, but the elders who spoke the language have passed away. Duolingo partnered with locals who speak the languages and formed courses based off of the information given. This is in an effort to open others up to the rich, beautiful language which these cultures hold dear to their hearts.

Each culture is unique. They hold different beliefs, practice various customs and hold an array of traditions. One thing each culture can relate to is their own special practice of communication. Language is a device that makes us human. It is what we learn during the first year of our lives. The local Hawaiians and Navajo people worked with Duolingo to help encourage others to learn their mother tongue. Doing so will open them up to a world of culture.

Although these languages are vastly different, one thing they have in common is that they were corrupted by The United States government. In both instances, the Native people had their land stolen. With nowhere to go, they were involuntarily forced to assimilate to The United States’ western ideals.

This is a messed up situation. The native people of The United States and Hawaiian Islands were manipulated. Young children were abducted from their parents and stripped of an innocent chilhood. Women were torn from their families and raped by the colonizers. Men were brutally slain since they were not seen as a commodity. The colonists came in and deprived Natives of their livelihood. It is hypocritical that the so-called “land of the free” had the audacity to steal land from other free people.

Duolingo is a popular app with 300 million active users. It has been around since 2011 and is number six in the education category on the Apple brand App Store. It is safe to say Duolingo has a major influence on its user. The content is easy to use and engaging. When a user completes a level, XP points are earned. This points system is used to reward learners for completing the lessons. Duolingo is set up to encourage authentic language-learning that can last a lifetime. I, for one, use Duolingo to learn Spanish and its lessons have reinforced my grasp on the language.

Duolingo took the initiative to reach out and immerse others in a culture they make have not heard of.

No language should die out. The speakers of ōlelo Hawaiʻi and Dinè did the right thing and have helped the company to help their own people. Language is an integral part of every culture and should have the opportunity to be learned by all.