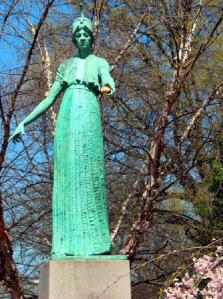 John Newsom of the News and Record speculated last week that UNC-Greensboro’s enrollment could be up this year, which would be a notable accomplishment for the university.

Dana Dunn stressed the importance of enrollment in her introductory address at the State of the University address, but did not offer specific numbers. She emphasized the increased demand for on-campus housing, touting the progress being made on Spartan Village II.

Increased enrollment would be a positive sign for the university, which has seen slowing growth over the past few years. With a new chancellor coming into office this fall, it would allow for him to focus more on the long-term prognosis of the campus, as opposed to short-term issues.

One of the things Dr. Gilliam alluded to in his interview with The Carolinian was the importance of external factors in a chancellor’s decision making process, noting that Chancellor Brady had to deal with the fallout from the economic crisis in 2008. If UNC-Greensboro were to have an enrollment issue, then that could hamper Gilliam’s plans for the university.

The report from Time Warner Cable News also notes that UNC-Greensboro officials claim that there has been an improvement of three-to-four points in the university’s retention rate, which is the percentage of students that remain at the university year over year.

TWC News also notes that the university is not at capacity, which jibes with the comments from Dunn at the State of the University address. Dunn claimed that the university was turning students away who wanted to live on campus. This could potentially signal that the administration is anticipating a boost in the number of students on campus, as they are constructing 300 more beds with the Spartan Village II project.