Home › featured › Behind every College Republican is a Democrat

Behind every College Republican is a Democrat 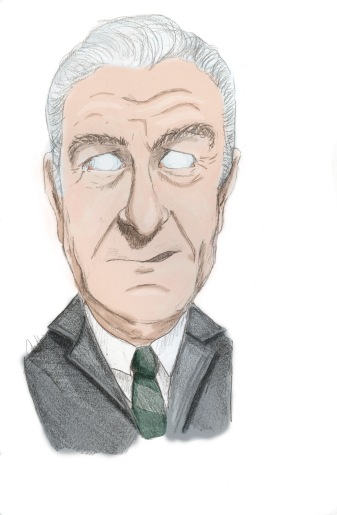 Campaign season is a turbulent time of year, with both Democrats and Republicans vying to woo voters for their respective parties. This can take some abrasive forms, with groups utilizing tactics that not everyone agrees with or supports.

That was the case over the last few weeks, when a flier distributed by the UNCG College Republicans stirred up considerable controversy.

These fliers displayed quotes from prominent Democrats of the past and present that featured pejorative terms towards blacks. The hashtag #YouDeserveBetter accompanied this, along with the promotion of the UNCG College Republicans.

“We should be a campus of tolerance and enlightenment,” Gilliam said during the meeting.

On Monday, Gilliam elaborated on his thoughts about the controversy, telling The Carolinian, “We are at a university. We are here to educate ourselves and each other…Universities are places where you can come and be exposed to all kinds of things.”

Gilliam was adamant that effective exposure, however, hinges on the ability to have constructive dialogue. He argued that the problems that arise during controversies, such as disputes over race, stem from how conversations are conducted, saying, “[People] don’t have honest and productive dialogue…It’s coded. It’s typically avoided.”

Gilliam also said controversy is an issue of the specific language chosen to communicate a message and the reactions to that language. “When people use rhetorical language,” Gilliam said, “the common response is to defend and then attack — it is not meant to engage in an exchange of ideas.”

Students and group leaders have had a lot to say about the language of the fliers and the message they think is being communicated, with many community members speaking up in condemnation of the tactics of the College Republicans.

“That flier not only distorts history,” said UNCG College Democrats President Aron Johnson, “it attempts to justify their [College Republicans] backwards thinking on the important issues facing racial justice in the 21st century.”

Lucia Sedda, Political Awareness Club member, said, “It’s unacceptable for UNCG to call themselves ‘ethnically-diverse’ and continue to condone racist actions that threaten our black and brown community and continually support their racist policies. Those students pay to go to this school and they should feel safe and should know their administration will punish people who threaten their well-being.”

Faculty have also spoken on their displeasure with the fliers.

The quotes as seen on the flier:

“These Negroes, they’re getting pretty uppity these days and that’s a problem for us since they’ve got something now they never had before, the political pull to back up their uppityness. Now we’ve got to do something about this, we’ve got to give them a little something, just enough to quiet down, not enough to make a difference…I’’ll have them n—ers voting Democratic for the next two hundred years.”

—President Lyndon Johnson, referring to the Civil Rights Act of 1964

“I mean you’ve got the first sort of mainstream African-American who is articulate and bright and clean and nice-looking guy.”

“I think one man is just as good as another so long as he’s not a n—er or a Chinaman. Uncle Will says that the Lord made a White man from dust, a n—er from mud, then He threw up what was left and it came down a Chinaman. He does hate Chinese and Japs. So do I. It is race prejudice, I guess. But I am strongly of the opinion Negroes ought to be in Africa, Yellow men in Asia and White men in Europe and America.

—President Harry Truman, in a letter to his future wife

“The people who made the fliers insulted the intelligence of their audience,” said Dr. Rebecca Muich, coordinator of programming and academic adviser in Gray Hall for Lloyd International Honors College. “They didn’t think through what they were trying to say… It was reductive and in poor taste. I would have liked to see a more nuanced understanding of the tensions between race and politics.”

Despite her disappointment with the fliers, however, Muich did express optimism for the situation. She stated that the student response was encouraging. “It is important for students at UNCG to continue to be vocal about their displeasure.”

As far as the flier’s actual quotes are concerned, they range in veracity and context, from accurate to dubious. One unifying factor is the lack of attribution of sources on the fliers, which some students found concerning.

“[They must] back the validity of these statements, and show that they didn’t just pull them out of thin air and lie to the students…” said Caleb Costner, a student at UNCG. He also said that the fliers should be edited to include citations if the quotes were accurate and the fliers were to remain up.

The Harry Truman quote is accurate, originating in a 1911 personal letter from him to his then-future wife. Within the letter he speaks negatively about blacks and Chinese in the same breath. Little additional context is needed, as he says that a man can be good or honest so long that he doesn’t belong to one of the aforementioned groups.

The Lyndon Johnson quote is semi-unsubstantiated and of disputed origin. According to research conducted by Dr. Thomas Jackson, a professor in the UNCG Department of History, and his colleagues at the Miller Center for Public Affairs Presidential Recordings Projects, the quote stems from Doris Kearns Goodwin’s 1991 book, “Lyndon Johnson and the American Dream.”

Jackson also emphasized that Johnson was dealing with backwards and racist Southern senators, and had to speak in their vernacular to get any traction. “It is not out of character to hear him talking to racist whites using their language, and he came from that world, but did more than any white politician to move the South in a racially egalitarian direction,” Jackson told The Carolinian.

Even within Kearns’ book the quote is of questionable veracity. “After the ellipsis, the most inflammatory statement, ‘I’ll have them n—-rs voting…’ has no documentation other than its echoes throughout right wing web sites,” stated Jackson.

Jackson also points out that the author only knew Johnson during the last five years of his life and could not have recorded the quote verbatim in 1957. Additionally, the quote never appears on White House recordings, also calling into question its credibility.

The quote from Vice President Joe Biden is accurate, though the flier presents it in an uncharitable light. According to contemporary news sources, Biden was intending to speak well about then-Senator Barack Obama.

Biden, as quoted in a 2007 CNN article, said about the gaffe: “Barack Obama is probably the most exciting candidates that the Democratic or Republican Party has produced at least since I’ve been around… And he’s fresh. He’s new. He’s smart. He’s insightful. And I really regret that some have taken totally out of context my use of the world ‘clean’…”

President Obama, in response to the remark and quoted in the same article, said, “He called me… I told him it wasn’t necessary. We have got more important things to worry about. We have got Iraq. We have got health care. We have got energy. This is low on the list… He was very gracious and I have no problem with Joe Biden.”

Those UNCG community members who found the fliers offensive, however, do have a problem with the UNCG College Republicans and demand consequence against the offenders.

“I think they should investigate… and once they find out who did it, send them to some type of workshop on how to treat people,” said Kayla Hawkins, another student at UNCG. “If they keep doing it, they should be taken to a higher level or kicked out of school because they basically don’t know how to act.”

Actions to address the fliers are upcoming. The Office of Intercultural Engagement in Student Affairs will schedule campus dialogue activities to discuss the controversy.

The intent of the fliers has still yet to be clarified. The Carolinian twice reached out to the president of the UNCG College Republicans, but the group has declined to comment at this time.

As outrage over the fliers has augmented, focus has turned to the issue of free speech, with community members looking to administration for answers.

Gilliam circulated a campus-wide notice last Wednesday, stating at the end of the email: “The University both respects the right of free speech and upholds the values of the Student Code of Conduct, which are respect, responsibility, fairness, trust and honesty. Prejudice, discrimination and racism are at odds with our University’s mission and values.”

Gilliam told The Carolinian on Monday that free speech is a right, but it is also a responsibility. “You have the right to say it, but if other people don’t like it and they start questioning you, then you’re going to have to defend it. If you can’t successfully defend it, then it certainly does little to advance your cause,” Gilliam said. Provost Dana Dunn also commented on free speech, saying, “The university will always uphold the right to free speech. We will do so in a context where we educate about the impact of our actions upon others and in an environment where we encourage adherence to the university values, which includes respect for others.”

Gilliam stated that he hopes the campus can continue to engage in more productive dialogue and that students will be inquisitive, independent thinkers who will also be respectful of others and of differing opinions.