Home › News › Android is in a weird place

Android is in a weird place 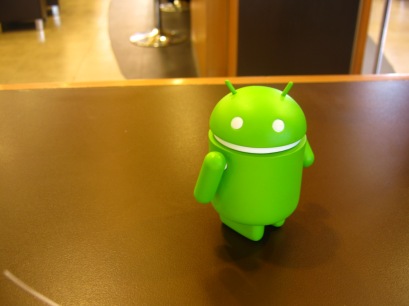 The operating system has becThe operating system has become the dominant choice for smartphone users internationally, with nearly 85 percent of the global smartphone market running Android as of 3Q 2015. Its customizable features and zero cost to phone makers have helped boost its status in the OS wars with Apple, but that customization has placed Android in an odd position.

It doesn’t have a cohesive brand, as it has now stretched from phones, to tablets, to watches and even cars and TVs. Google took steps to try and solve this by creating a new universal design framework called Material Design, and that has helped to an extent. This is not the full solution, however, as the most popular Android phones are made by Samsung and are under a different design.

While Google has a dominant share globally, it does not have as much control over its users as its main competitor, Apple. Apple has full control over the experience from hardware to software, and it can perfectly fine tune the experience its users will have, which gives it a stark advantage in terms of quality and ability to monetize users.

Google’s approach has generally been to outsource the hardware-making to other companies, because it is expensive and risky compared to software, but given the lack of Android phone makers’ ability to challenge Apple, Google is considering jumping into the fray and making a phone. It is notable that their rival, Microsoft, is making its own hardware for the first time and is seeing success with its Surface line.

Making its own phones would be potentially beneficial for Google, as they could have better control over security updates and the user experience. One of the core differences between iOS and Android is that iOS can have updates rolled out to every phone at the same time, whereas Android phones get updates at different times relative to the phone makers and carriers ability to vet and prepare the update for their users.

Google has already seemed to venture into the hardware space, making a crossover laptop/tablet to compete with the Surface Pro and iPad Pro named the Pixel C, but it has received mixed reviews. One of the core issues with the Pixel C is unique to the platform, however, as Android is not a great operating system in terms of available productivity tools, making a productivity device a bit useless.

If Google were to make a phone, they could overcome some of the issues that Android phone makers have seemed incapable of solving. Poor battery life and bad cameras are becoming something of a running theme across Samsung, Motorola, Sony and HTC, among others. If Google were to bring device-making in house, they could at least match Apple in those two departments. The iPhone is considered to be vastly superior in both cameras and battery life.

This notion begs the question, however, of what makes Android such a great competitor to iOS. Effectively, it succeeds everywhere that iOS fails: customization, accessibility and openness. If Google were to change these things, it would be fundamentally altering Android to try and compete with iOS. In that case, Google would need to think long and hard about if it can truly provide an experience that is similar to Apple, but good enough that it can convince already entrenched users to switch to a new experience.

Android’s success is largely predicated on its flexibility and its ability to fill in the gaps iOS has left open for competitors. If it tries to become something different, it risks losing that. If it doesn’t, Apple is going to continually beat Google in monetizing its users and keeping them in their ecosystem.

Android is in between a rock and a hard place, but it needs to figure out which direction will pave its future.