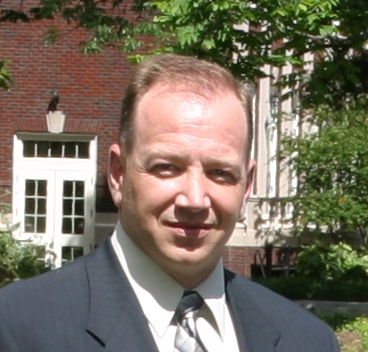 Chief Paul Lester is the new Police Chief at UNC-Greensboro, having been with the UNCG Police Department for 25 years.

Although his official start was only just yesterday, March 1,  Lester has already been busy in continuing efforts in campus safety and community outreach.

“It’s a dream come true for me,” Lester said.

Lester has an extensive background with the University, having started out as a student. He came to UNCG after serving with the United States Marine Corps. While a student, he worked full-time, attending classes when he could.

He began as a patrol officer and worked his way up. His unique perspective is afforded by his time spent as both an officer and staff member.

He has attended the FBI National Academy, a leadership administration program. There he learned about media relations, leadership, policy and other useful skills. He also had the opportunity to network with officers from all over the world, which he still utilizes today.

Lester feels that this networking gives him a unique edge in the Chief position, with connections in Greensboro and Guilford Law Enforcement, the District Attorney’s Office, the Secret Service and beyond.

“I would need to establish these to be chief if I had not already,” Lester said.

He commented that the assessment process was trying, as he had been preparing for being Chief for the last seven years.

Lester hopes to implement a lunchtime program called “Cops in the Caf,” giving students and faculty an opportunity to meet and talk with UNCG officers.

Part of this is meeting with the Student Advisory Board, as he has done a few times already.

Lester utilizes the “President’s Task Force on 21st Century Policing Report,” a document which offers recommendations to community police departments and officers. Lester commented that UNCG has better community relations than most schools.

“We intend to embrace ‘21st Century Policing’ as a road map to the future,” Lester said.

Lester believes that much progress has been made with this endeavor. He is currently working with the Campus Activities Board (CAB) to reach out to all student organization leaders. He hopes to get on their agendas and listen to both their concerns with the Police Department and suggestions on how to improve.

Lester recommends that all students take part in “Run, Hide, Fight,” a one-hour reality-based program that teaches students and faculty how to survive an active shooter in a dorm, classroom or open spaces.

“We would like to extend the ‘Run, Hide, Fight’ program to anyone who makes a request,” Lester said.

The program teaches simple tactics which are applicable to almost any scenario. It also has tips for things one may not think of in an attack, such as silencing your cell phone. All are aimed at maximizing survivability in an active-shooter scenario.

The program is available on request by calling the Police Department or via its website.

Lester also encourages all students to download UNCG’s LiveSafe app, which allows students to communicate anonymously with campus police. Only 30 percent of UNCG inhabitants currently use it, despite generally being more willing to use the app over the blue light phones.

Anything from maintenance issues to suspicious persons on campus have been reported with LiveSafe, and can be used to request safety information and escorts.

Other goals for the semester include response time improvement and continuing to provide adequate service on campus, among others.

Overall Lester is optimistic about his first semester as Police Chief.

“I feel like we are on track with our program, our policies, and our accreditation,” Lester said. “We want to establish strong relationships with everyone at UNCG.”