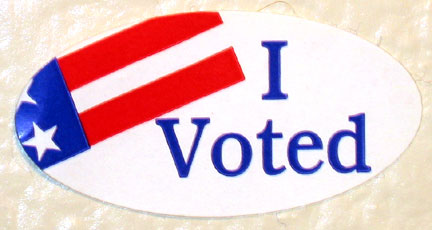 Greensboro, as well as other parts of North Carolina, held their early voting period on October 20 to November 5. The Kaplan Wellness & Recreation center, located on UNCG campus, served as an early voting precinct on those designated days.

Guilford county voters casted approximately 168,720 ballots, which represented around 46.2 percent of the county’s voters, according to the NC State Board of Elections. More than 3 million ballots were cast within the early voting period, statewide. This number represents 44 percent of the registered voters within the state of North Carolina.

There were a total of 25 open precincts within Guilford county during the early voting period. However, on election day the county opened 165 Election Day sites in order to allow voters to cast their ballots.

Turnout projections by the United States Election Project indicate that turnout across North Carolina was lower in 2016 than in 2012. More detailed statistics will be available in coming days.

“I get upset when I don’t see that as many of you have turned to the polls as we did a couple years ago,” stated Gladys Robinson, an African-American Democrat from Guilford county. “We have to get to the polls. We have to take everybody with us.”

“This is a critical time because this is the preferred method of voting for Democrats,” said Michael McDonald, an expert on the early vote who runs the U.S. Elections Project. “They are certainly mounting up a lead in the early vote. It’s just, is that lead going to be good enough?”

Opportunity to cast a ballot was not the only factor which affected voter turnout in NC. Many voters reported a lack of enthusiasm about either candidate, and exit polls revealed that Clinton did not have the amount of support from minority voters as Obama did. Some black voters expressed that it was more difficult this year to make a decision as opposed to the 2008 and 2004 elections.

Ronald Brooks, an African American mental health worker, expressed his concern for Hillary Clinton’s trustworthiness due to the fact that she had a private email server as secretary of state.

“What were you trying to hide?” Brooks said.

Brook’s reluctance to vote for Hillary reflected the divide amongst the African American community.