“Dump Months” Give Theaters a Chance to Take Out the Trash 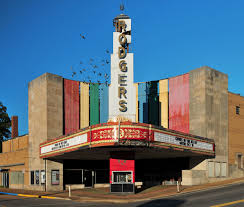 It’s January! The first month of the year means schools all over the country are starting up again, New Year’s resolutions are being made (and broken), and the weather is just plain cold. Americans are coming off the spending-high of the holidays, and trends show that this creates a slow season for retail and food service industries in the first two months of the year. Theaters experience this slump too, and film studios tend to release films they don’t really believe will succeed during this time. Therefore, the year starts off with “dump months,” or a perfect opportunity for Hollywood to take out the trash, per say.

Big award ceremonies like the Golden Globes that took place recently bring focus to the successes of film throughout the year. January is past the cutoff date for Academy Award nominations, but before the ceremony, which means studios will have already released the films they think will stand the chance of winning – or even getting nominated. The films shown in this “dump month” were typically a lot cheaper in comparison to the “prestige” films with Oscar ambition – both to produce and to advertise.

Winter months can also cause some pretty distracting weather. Large cities can shut down entirely by snow or ice, and this can be quite a hit to theater revenue. Two U.S. bank holidays happen in January, but not ones that are universally honored days off for America’s working population. Sporting events like the NFL postseason, NCAA college basketball and the NHL are also big draws for viewers. With all these distractions, film distributors save films with A-list stars and big budgets for a time when they’ll see some return on their investments.

But that’s not to say some largely successful films aren’t premiered during this time. “Silence of the Lambs” was released in January of 1991 and went on to win the Academy Award for best picture that year. “Footloose” premiered in February of 1994.

One particularly insane exception to the “dump month” rule is 2016’s “Deadpool.” The success of this crude humored Marvel film was astonishing, as it truly had all the odds up against it. It premiered in February of 2016, a time of year when theaters might see some relief from the box office slump with Valentine’s Day-themed romantic comedies. “Deadpool” used some truly funny satirical advertising to bill itself as a romance, but still, it seemed like there was little hope for this film. It had a tiny budget – $58 million, which is seriously small for today’s standards (just to give you some perspective, the “Deadpool” video game cost $100 million to make). An additional $7 million was slashed from the budget mid-production. Despite all the odds, including a hard R-rating that would typically kill any dream of a box office success, “Deadpool” premiered as the no. 2 grossing superhero movie, ever.

However, some of the films that premiere in January are truly flops. Generic comedies like “Bride Wars” and “Paul Blart: Mall Cop,” or unenergetic action films like “Underworld: Evolution” and “Taken” are perfect examples of dump films. Horror movies, which are particularly cheap to produce and tend to see lackluster critical acclaim, see a sort of revival season during dump months that might seem unexpected. Theaters typically see niche audiences turn out for horror movies, which are smaller populations than what a wide-reaching success like a Star Wars film, or Harry Potter. That’s why we’re seeing an installment of the Insidious franchise in January, rather than on the theme-high of October.

But, rules are meant to be broken, and it looks like this year, we’re seeing a pretty awesome dump season, all things considered. You can catch films right now like “The Shape of Water,” “The Greatest Showman” and “I, Tonya,” all of which are raking in nominations and awards. But will you catch me at “The Commuter” – which looks like another hum-drum Taken movie ripoff? Not likely.