Home › News › UNC Board of Governors divided over healthcare partnership

UNC Board of Governors divided over healthcare partnership 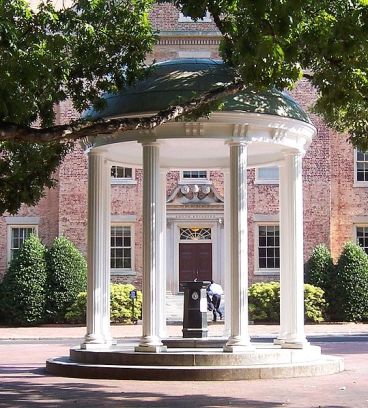 Tension is continuing to grow as the UNC Board of Governors (BOG) is divided over a proposed healthcare partnership between Carolinas HealthCare System and UNC Health Care.

The proposal would “create one of the country’s largest healthcare systems,” according to NC Policy Watch and would employ more than 90,000 people to run over 50 hospitals, but the proposal would not be a legal merger.  The proposed company would have a new name, its own headquarters and would be run by an independent board.

“The thing that we are trying to do daily – including trying to do this partnership that we’re working on – is improve the health of North Carolinians,” said UNC Health Care CEO Bill Roper, who would chair the new board in the new system that’s proposed. “That’s the answer, ultimately, to the cost of healthcare in America.”

Members of the UNC BOG, which makes policy decisions for the University of North Carolina system, are torn. The legality of the deal is being questioned. Board member Tom Fetzer believes that the talks have been too secretive and sent an email to BOG president Margaret Spellings about the same issue.

“This is, in my opinion, perhaps the most important health care development in the history of the state of North Carolina,” said Fetzer in an interview with The News & Observer. “If you kept this deal secret for a year, does that fall within the definition of ‘fully informed?’”

Fetzer was formerly a Raleigh major and head of the North Carolina GOP. He now serves as a healthcare lobbyist for Blue Cross and Blue Shield, and has recused himself from policy pertaining to the proposal. Fetzer’s relation to Blue Cross and Blue Shield led other members of the BOG to claim he had a conflict of interest, especially after the CEO of Blue Cross denied support of the proposal, saying it would raise their costs.

“Blue Cross NC cannot support your proposed combination,” said Patrick Conway, the CEO of Blue Cross in a letter to the CEOs of UNC Health Care and Carolinas HealthCare. “However, we are open to continued dialogue if you can demonstrate how this combination will lower costs and improve quality over the long-term.”

This all comes in a time that’s already difficult for the BOG, as disagreements continue to rise between the 28 members on the board. Other issues have included the handling of Confederate monuments and calling for changes in the UNC system, including reviewing Spellings’ staff and moving the headquarters out of Chapel Hill.

“Underlying the current tension between the members are the huge stakes of the deal and the uncomfortable reality that there is no consensus on whether UNC’s Board of Governors has the legal authority to block UNC Health Care’s partnership with Carolina,” said Ethan Hyman of The News and Observer. “In the event that members of the Board of Governors were to conclude that the mega-deal would risk the future of UNC’s medical school or would not benefit the citizens of North Carolina.”