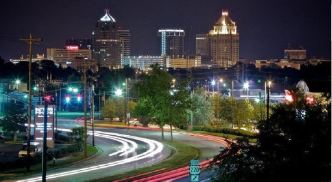 The Greensboro City Council left their usual chamber to meet in the ACC Hall of Champions Boardroom for a council retreat to talk about priorities for 2018 that consisted of back to back meetings on Thursday and Friday. Topics discussed included issues around poverty, housing, transit, economic development and public safety.

Economic development became the main point of topic when the council learned that officials  are predicting Greensboro to end the 2017-2018 fiscal year in a $4 million deficit. A discussion about what’s causing the deficit and how it could impact the city’s priorities for the following fiscal year is now being pushed back five weeks to be discussed publicly. Originally, the plan had been to start the discussion on the second meeting day but the council deferred to City Manager Jim Westmoreland who decided to push the date in hopes of having a clearer picture in the upcoming weeks.

“We’re still hoping with additional revenue reports in March and April, the overall picture will look better than today,” said Westmoreland to the council.

With the fiscal year ending June 30, the deficit numbers are subject to change. According to a slideshow presented at the council meeting, Greensboro has a projected income of $278 million while projected expenses are $282 million. A large chunk of city spending is surfacing from the $126 million in bond projects that Greensboro voters passed in 2016. The bond projects are $25 million on housing, $34.5 million for parks and recreation, $38.5 million for economic development and $28 for transportation.

The News and Record interviewed Larry Davis, the city’s budget director, who explained that these bonds caused the city “debt service,” also known as what Greensboro uses to pay off loans, to rise by $4 million.

Davis traced back over the “aggressive” 2017-2018 fiscal budget to explain the projected deficit. He pointed out that the budget included a 7.5 percent paise for police and fire department employees, an increase in health insurance costs, $400,000 in work on the Cultural Arts Center and $300,000 in technology improvements.

Davis explained that city leaders planned to take $1.2 million, the originally anticipated deficit, from the reserve account but the now remaining $2.8 million was not expected. Even in this deficit, Greensboro has nearly $26 million in capital in the general city fund. There is an extra $7.6 million set aside for major city maintenance and repairs but it was agreed on by the council to be wary of the deficit going forward; it is rare for Greensboro to finish the fiscal year in red.

“Whatever our priorities are, we need to think about using the resources we already have,” said Councilwoman Yvonne Johnson.

Although the council is aware of the deficit, Greensboro is expected to project a rise in income due to an increase in the tax base which includes a 5 percent rise in revenue from sales tax compared to last year, as well as 1 percent more from utility sales tax.

Further information on the changing state of the fiscal budget and deficit will be shared next month.