Your Favorite Cheesy Love Song Probably Isn’t Romantic At All 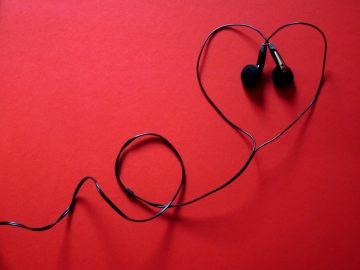 Happy Valentine’s Day, UNCG! Today, people all over the country celebrate love in all kinds of different ways. Stores are stocked with chocolates, flowers and oversized stuffed animals. On the Bronx Zoo’s website, you can even name a cockroach after your sweetheart (or ex-sweetheart, maybe). For all the cheesiness that ensues on this Hallmark-created holiday, maybe the cheesiest tradition is the plethora of dorky love songs that will be setting the mood through airwaves, streaming services and maybe a boombox outside of your bae’s window on this hallowed day of romance.

In celebration of V-Day, we will take a look at the interesting stories behind some really cheesy love songs.

First up is “You’re Beautiful,” the one hit wonder smash hit of 2003 by James Blunt. Blunt croons about love at first sight, about seeing a woman on a subway and planning his way to win her affections. Even the music video was painfully romantic: Blunt’s eyes pierce into your soul as he removes his clothes in the snow and jumps off a white ledge into a lake. Though this song became the first dance at countless weddings, James Blunt admitted in 2010 that the song actually had a far creepier meaning. In an interview with Huffington Post, Blunt claims the lyrics are from the point of view of a stalker, whacked out on drugs and obsessed with a stranger’s girlfriend. Awww.

Next, is “Slide” by The Goo Goo Dolls. When this song came out in the ‘90s, everyone just sort of assumed it was a love song. I couldn’t really make out Johnny Rzeznik’s almost-grungy rasp, but when I could make out parts of the lyrics as it played on the radio it was only the lovey-dovey parts. It’s not difficult to understand the confusion, with lyrics like “Put your arms around me. What you feel is what you are, and what you are is beautiful.” Turns out, the song is actually about a Catholic teen couple who get pregnant, and try to decide whether they should run away together, or get an abortion and disappoint their strict parents.

“Maps” by The Yeah Yeah Yeahs is a laid back tune that was all the rage in 2003. Karen O made a name for herself as an indie rock goddess, with sappy, broody lyrics like “they don’t love you like I love you,” classifying this as a perfectly saccharine love song. What fans might not know is that “Maps” actually stands for “My Angus, Please Stay,” and was addressed to Karen O’s then-boyfriend (Liars frontman Angus Andrew) during a tumultuous time in their relationship. She was set to leave for her tour when she was writing the song, and he wouldn’t show up to say goodbye. It sort of brings me down to know this, but then again, I feel like that might be the point.

Lastly, The La’s “There She Goes Again” has such cute and innocent-sounding lyrics: “There she goes again, racing thru my brain, and I just can’t contain the feeling that remains.” However catchy and sweet this ‘80s soft-rock diddy is, I bet I can ruin it for you. Apparently, the next line gives away that the “she” of the song is actually referring to heroin “pulsin’ thru my vein.” This isn’t the first time issues of love and addiction have been blurred in indie rock music. Yet, the whole heroin thing might just be speculation, because when asked about the rumor, bassist John Power replied that he didn’t know and that he “don’t wanna know.” How cryptic.

And there you have it, UNCG! A totally random list of some songs that might seem kinda sweet, kinda lovey-dovey, kinda perfect for your Spotify playlist titled “<3 ❤ <3.” Maybe this article can serve as a reminder that not everything is what it seems – just like Feb. 14 – the day we all celebrate love, though it might actually be a big money-grab from capitalist America. Who is really to say, in the end? Surely, not me.