The Death of Print Media 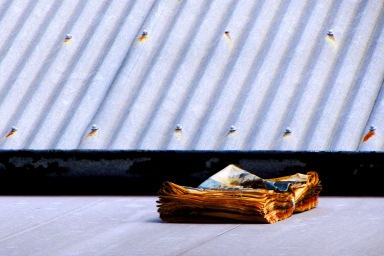 From a young age, I’ve always known that I wanted to be a writer. Perhaps it was because I’ve always talked way too much, or perhaps it was the allure of a solitary life and rampant alcoholism. Either way, I have chosen a life of writing, for better or for worse. This was a declaration that was once met with excitement. It is now met with concerned looks, and one phrase repeated again and again, “Print media is dying.”

The death of print media is not news to me. As a proud millennial, I watched as books became Kindles, and as newspapers became less of a staple in the household when we swapped our papers for laptops. We are a culture who is obsessed with technology and innovation, and it makes sense that our daily news digest would adhere to that philosophy as well.

Our entire world has become faster. Fast food is around every corner, fast cars plow down shining asphalt, and dial-up has (thankfully) become a thing of the distant past. We are more connected than ever, yet this seems to be the most confusing thing for us to grasp. With so many products on the market, and so much information being circulated, making smart financial and emotional investments has become more complicated than ever.

This fast world has led to fast news. Weekly and bi-weekly papers at one point in time could cover all of the news that one could stomach. Now, with our constant connectivity to one another and to the globe as a whole, a weekly publication often has trouble keeping up with the demand for immediate information. While this can alert readers of issues as soon as they happen, it can also make it harder to deliver quality and factual news.

This quick distribution of media can make it easy for facts to get confused and misconstrued. Fake news was published before the internet, and most journalists will be called guilty of it at some point in their career. However, it has now become easier than ever to circulate false, biased and unsupported news. This is due to the high demand for immediate news and coverage, leading many journalists to use faulty sources, or to publish things that may not be certain.

The death of print media affects more than quick media outlets and Fake News Awards as well. It affects printing presses who have remained in families for generations. It can also destroy small, local papers who may not have a strong following online. This can make it harder for small communities to get reliable, local news. It can also destroy thousands of jobs that will be hard to replace.

There is also the issue that news which is only found online can keep those who have lower incomes from receiving news in the same way that a person who can afford a laptop and a New Yorker subscription can. Most local newspapers and magazines are either free, or can be purchased for under $5. If they are to become obsolete, it will cause those who can’t afford technology to either be unaware, or to rely on word of mouth from others.

It is likely that print media will eventually fade away, and that this article will only exist in the far reaches of tablets and Kindles. Yet, there is something about slower news which I believe is appealing. It keeps jobs for hardworking individuals, it provides more focused news and it allows for news to be distributed more economically, not only those with the funds to buy a laptop.

Quick news may be convenient, but it is not always what is best for readers. The slow, cultivated nature of slower news and printed word may seem antiquated, but it is typically more likely to be accurate and well researched. We have had slow food movements and slow living movements. Perhaps now it is time for a slow news movement. Be a part of the counterculture, and buy a newspaper today.