NCAA Brackets: Joy in the Chaos 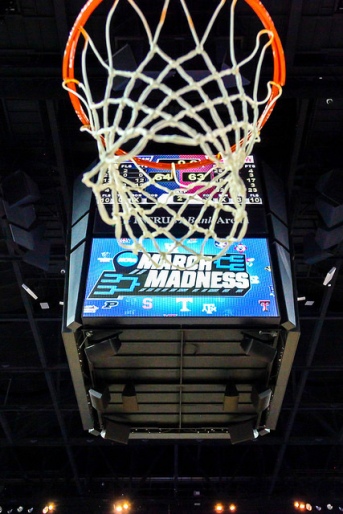 This NCAA tournament has been by far the craziest tournament seen many in years. For starters, a No. 16 seed team has never beaten a No. 1 seeded team in the NCAA tournament era. That is until the Virginia Cavaliers lost to the University of Maryland Baltimore in an unprecedented upset, 74-54. As far as right here on campus, the UNCG Spartans made it to the tournament for the first time since 2001 as they hosted the Gonzaga Bulldogs, who lost in the national championship game last year to the North Carolina Tar Heels.

As close as the Spartans were from getting in on the upset party early against last year’s silver medal winners, they lost in the final minutes 68-64. That is just a few things from the craziest NCAA tournament that I can remember. A few Spartan students gave their takes on this wild weekend and wild tournament we call March Madness.

Junior student Josh Primes talked about his bracket and who he has winning it all.

“This year’s March madness has been unbelievable! I’m a Tar Heels fan so I was very disappointed in that game against Texas A&M. What shocked me the most was that Virginia UMBC game and that Michigan State, Syracuse game. I had Michigan State winning it all this year, there team was really good!”

Senior, Steven Lyles spoke about his brackets and what games shocked him the most.

“My bracket was busted after the first few games, it never really stood a chance. My favorite team is Duke but I have them beating North Carolina in the championship game” he said. “I was surprised by how good the Spartans played against a team who were in the NCAA championship game last year, they really should have won but that last 3 point shot rimmed out!

The Spartans had a really good season this year, I’m just hoping they can just build from it.”

Sophomore Devin Johnson was a little less positive about the tournament because, like many people, his bracket was far from perfect.

“My bracket is completely messed up, even though I have Villanova winning it all against Virginia. Arizona surprised me big time, I thought that they would have played a lot better in that first round. Same for Virginia, I never would of thought they would have been knocked off by a 16 seed but yet go 30-4 this season while playing in one of the toughest conferences in basketball.”

Devin also talked about a few teams, including the Spartans, and how they surprised him in the tournament.

“I was really pulling for UNCG to best Gonzaga they played well throughout the entire season. I’m really happy for all those players and I know next year they will come back better” Devin said. “Kentucky surprised me too, I thought either Arizona or Kentucky would have have made a deeper run within the tournament although they were both a little shaky during the regular season as well. But overall I’ve enjoyed it, and there is probably more madness left to go.”

This tournament has been such a great tournament, from Loyola making it as far as they have, to Virginia losing to a No. 16 seed for the first time in history. A lot of players have made a name not only for themselves but for their programs, and that has to be one of the most exciting things about the NCAA tournament. You very rarely see smaller programs playing on the ESPN networks. Only when they make it to the NCAA tournament. In the tournament, they make the most of the opportunity to shine not only locally for their school and state, but they also shine so everyone throughout the season who never got to see them play can see how talented they really are. And from fans, that would make it all worth it.