Home › Opinions › How to Lose Your Job in 30 Seconds: Roseanne Barr

How to Lose Your Job in 30 Seconds: Roseanne Barr 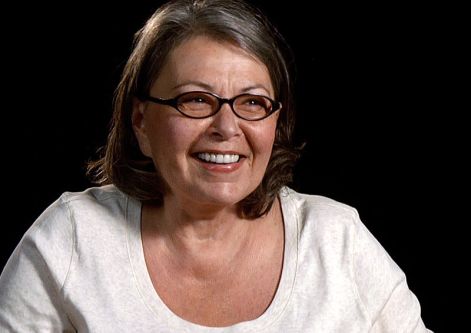 The  revival of the 90’s hit sitcom “Roseanne” came to an abrupt halt last week. The reboot of “Roseanne,” in which she played an avid Trump supporter, was a major win for conservatives all over the country who felt represented on the show. Over 25 million tuned in for the first episode in March. She was even congratulated by President Trump for getting her show back. “Roseanne” was on the fast track to become the biggest TV show on ABC, nearly butting out popular sitcom, “Big Bang Theory.” So what happened?

Last week, she tweeted: “Muslim Brotherhood and ‘Planet Of The Apes’ had a baby equals V.J.”

She essentially called the former Obama-aide, Valerie Jarrett, the child of an ape and a terrorist.

First, her show got canceled and she subsequently went on a tweet rampage, calling it a joke. “I’m not a racist, I never was & I never will be. One stupid joke in a lifetime of fighting 4 civil rights 4 all minorities, against networks, studios, at the expense of my nervous system/family/wealth will NEVER be taken from me.”

Then she blamed it on Ambien. Then she apologized.

She said she’d never tweet again but still continues- mostly retweeting from conservative users and people who sympathize with her plight. She vowed on June 5 that she would “make restitution for the pain she had caused.” There’s no news on how she will do that. I don’t think that she will stop being who she is- she feels emboldened now by her fans who feel it wasn’t fair that she lost her show.

No one has claimed that she can’t say what she wants. Twitter didn’t remove her account. She can tweet as much as she wants. She will likely continue being rich and famous regardless of what she said; most sites claim she was worth 80 million dollars before her show was renewed. The issue lies more in the content of her tweet, and in the ability of a network to support those kinds of comments.

What’s interesting is that this is not the first time that she has been racist, offensive or culturally insensitive. There have been incidents such as her calling George Soros a Nazi, attacking Chelsea Clinton, etc. In truth, she just hasn’t been that relevant until her show got revived and brought in millions of viewers. Because of this, her tweets have largely flown under the radar.

Through all of this, she became a martyr for conservatives who denounce “Politically Correct culture.”  Donald Trump and Roseanne Barr are now the poster-children for conservative opinions. Trump even took that cancellation of her show as an opportunity to make it about himself: “Bob Iger of ABC called Valerie Jarrett to let her know that ‘ABC does not tolerate comments like those’ made by Roseanne Barr. Gee, he never called President Donald J. Trump to apologize for the HORRIBLE statements made and said about me on ABC. Maybe I just didn’t get the call?”

Barr, like most people, is not all bad, ignorant or racist. In the eyes of many people, she has done some good for our country and has been an advocate for conservatives. Is she completely racist?  I don’t have the authority to label her because I do not know her personally. She’s not marching with neo-nazis and white supremacists, but she is being retweeted by them, meaning they like what she says. I don’t think that necessarily makes her one of them.

However, she has made some brazen, offensive, and racist things. There are repercussions for everyone else when we post something on social media that is considered offensive by a majority of people. People have lost their jobs for posting a picture of them drinking alcohol. Many employers check social media before hiring someone. So why would a celebrity not be an exception?

What implications does all of this hold? Major networks will see this precedent made by ABC and will likely act in a similar fashion when one of their stars acts that way or says something offensive. I think it was the right move and makes the right statement. I think we are coming close to something I’d like to call the “Era of Accountability.” Coupled with the “Me Too” movement, I think we are coming closer to a time where people with power realize there are repercussions for their actions- regardless of their influence.