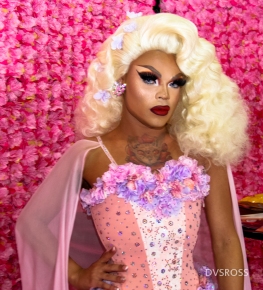 The Lafayette Public Library is facing backlash after politician Joel Robideaux spoke out against one of their planned events, the library’s Drag Queen Story Time.”

Drag Queen Story Time is an educational opportunity involving male drag queens reading age-appropriate books to children ages three to six. While some call for its removal, others are fighting back to keep it going.

One of the most known platforms for drag queens is the reality television game show, “RuPaul’s Drag Race.” The series, which has been airing since 2009, offers a cash prize to whichever contestant wins and crowns them “America’s Next Drag Superstar.”

Popularity has surged in recent years, and has even earned host RuPaul Charles several awards. Drag queens, although not at all new, are becoming more popular and accepted in mainstream culture.

Anyone who has watched about five minutes of “RuPaul’s Drag Race” is aware that this is not something you’d want your three-to-six-year-old watching. Contestants use swear words, sexual innuendos and are just generally vulgar. If this was someone’s only experience with drag, it is natural that they would feel it is not appropriate to introduce to children. However, these are two completely different events.

Drag Queen Story Time is specifically aimed for children and their parents, while shows at clubs or on TV are intended for a more mature audience. It is unfair to claim that all drag queens are inappropriate or sexual based on one aspect of them. That’s like saying that all comedians are inappropriate because you saw a George Carlin routine.

Like Robideaux, some citizens of Lafayette are concerned about the nature of the event. By targeting a younger audience, it is implied that the goal is to inform them on some topics they may be uneducated or misinformed on. The act of putting an LGBTQ+ figure on the frontline is very intentional. Just like a dentist giving a speech to elementary school students has an objective, so do these drag queens. In this case, it’s to teach kids that it’s okay to think outside the heteronormative boundaries of gender and sexuality. As you can guess, this made a lot of people upset.

The idea that being gay is something specifically for adults or teenagers implies that it is sexual and immoral. Meanwhile, you can find onesies at every Walmart emboldened with words like “Chick Magnet” or “I love boobies.” This suggests it is okay for children to think about relationships and sexuality, just as long as they are thinking about heterosexual relationships and heterosexuality.

It is unfair and inaccurate to assume everyone is straight until proven otherwise. For a long time in society, that was how we perceived the population: mostly heterosexual with a few outliers sprinkled in. Hopefully now most people are aware that is not and never was the case. In actuality, a huge amount of those supposed straight people were actually just closeted because they did not feel safe or comfortable coming out.

Events like Drag Queen Story Time allow children the opportunity that the generations before them never had. By allowing kids to be comfortable with their sexuality, or at the very least the possibility of it, we are raising an army of open minds.

Lafayette is not the first place to offer events like this. Different variations are popping up all over the country and garnering rampant support, as well as rampant disapproval.

For those who are uncomfortable with drag queens reading to their children, there is a solution that will benefit everyone: not taking your child there. No one is forcing anyone to attend, nor is it a big brainwashing party to promote the homosexual agenda. Parents have a right to raise their kid however they want, as long as it does not harm them.

If drag queens are against your religion or morals, the good news is you have a right to believe that and enforce that same thought process to your sons and daughters. However, the freedom to go should not be taken away from everyone. If everything was done in this matter, no one could support or believe in anything. What kind of world would that be?

I believe in a world where little boys and girls are comfortable with themselves, no matter what that looks like. If drag queens are the way to ensure that, I say read on.