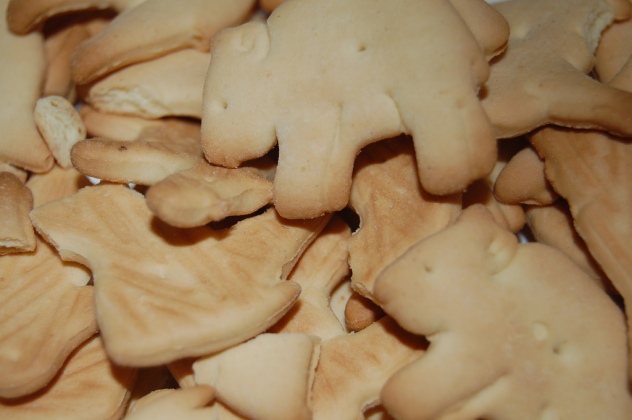 Barnum’s animal crackers have been a part of lunchboxes for more than a century. They have been a snack staple for kindergarten classrooms throughout the United States. With a great taste and calcium to promote strong bones, parents never strayed from this snacktime classic. As of recently, the animal-rights group PETA, seems to think otherwise. For years they have rallied against Mondelez International, the parent company of Nabisco, who manufactures the animal crackers. They do not have an issue with what is in the inside of the package but rather, the front.

Upon observing the cardboard box that the Barnum animal crackers come in, they noticed that the animals were held captive. Lions, tigers, bears, gorillas, polar bears and elephants are depicted behind jail bars with their offspring.

The animal crackers are named after the Ringling Bros. and  Barnum and Bailey Circus that ran from 1871 until 2017. For 146 years, the circus company led acts with animals. Their relationship with PETA has always been a strained one, as PETA loudly and publicly opposed the use of animals in their circus acts, which were often held in captivity and under questionable conditions. The members of PETA disagreed with having these defenseless creatures used for the selfish device of human entertainment.

In the Spring of 2016, PETA wrote a letter to Mondelez International pleading that they take the bars off the packages. The company complied with their sentiment, and began working on a new design for the animal cracker boxes. The new boxes have hit the shelves of American grocery stores. The new design features the animals free range, sans bars.

The Nabisco company issued a statement saying, “The new box for Barnum’s Animals crackers perfectly reflects that our society no longer tolerates the caging and chaining of wild animals for circus shows.”

In other words, it is 2018 and they had to get with the times. People are no longer settling for things they do not agree with. I personally do not like some things PETA has done in the past. They have a tendency to be an extremist group, condemning those who do not completely agree with them. For example, the tactics and visual imagery that have used to advocate vegetarian and vegan diets were too obscene. However, I can commend them for not being passive over an issue they stand for.

I, myself, am an animal lover. I believe every species on earth should be treated fairly and protected, especially those that are on the endangered species list. With that said, I feel as if this design change was both necessary and unnecessary.

It was important, because there was no reason for the animal to have been depicted behind bars in the first place. The demographic that animal crackers are mostly targeted to are young, school age children. They are very impressionable at this age and should not have to see their favorite animals jailed.

On the other hand, the whole situation is ludicrous. People are not looking that hard at the design on the box. As a child, I viewed the crackers as just being a tasty and fun snack. The kids are just playing with the animal crackers before they eat them. Not to mention, we have something called zoos. Zoos are home to the very animals depicted on the Barnum box. Animals at zoos are held in cages and enclosed areas.

Furthermore, the animals on the box are not real. No harm is being done to two-dimensional drawings. People realize this and therefore are not bothered by the matter.

With that said, Barnum’s animal crackers have withstood the test of time. To keep customers, it is crucial that they adjust their products to suit their consumers. I applaud them for listening to concerned customers. Whether or not the animals were left behind bars, I am sure the classic treat will continue to be enjoyed by children everywhere.