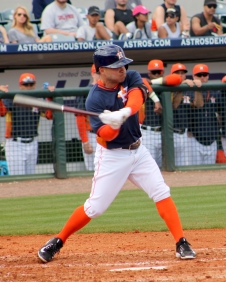 The MLB playoffs and World Series are upon us once again, and this year promises to be a classic in terms of great baseball play. The surprising Atlanta Braves and Oakland Athletics are in the postseason field and look to cap off a remarkable season.

The Athletics will have to beat the Yankees first, which will prove to be a tough single game series. The Yankees, with their potent offense, will win the game and with it, the right to play Boston in round two. As of now, the Dodgers will play the Brewers in the divisional round; if this happens, expect the Dodgers to be a tough team to beat going forward.

Cleveland and Houston face off in round two; this will be a massive pitching matchup. Both sides have a great pitching rotation, and both sides can light up the scoreboard, too. Expect a low scoring series though. This could also be a massive shift for World Series odds, as both teams are real contenders for the Series. Expect Houston to come out on top in this series in a six- or seven-game stand. This will be a tough series, but Houston has the talent to move on to the next round.

Boston will play the winner of Oakland and New York, and you should expect this series to go to New York. This will be a surprising seven-game series, and in a rivalry game, home field means everything. Boston has the tools and the odds needed to win the World Series. Boston will be tough to beat, but the Yankees could manage to steal this win, as the Yankees are quite possibly the second best team in baseball.

This will set up a Boston and Houston divisional championship game, which will be a hard-fought series. Houston has superior pitching and will have to limit the damage Boston can do on offense in order to win. I expect them to contain Boston, and to have a big time series on offense; expect their hitters to put up numbers. Carlos Correa and Jose Altuve will have to carry the workload to pull the upset off.

As of now, Atlanta will face off against Colorado, taking their hot bats and great rotation. Colorado is looking to lock up the division for the first time in a long time. Atlanta will take a great start into the series, belting out a few homers in the Mile-High City. Atlanta will win in five games.

Chicago will face off against the Brewers or Dodgers. Watch for the Dodgers to win the one-game series, and build momentum going forward. I think the Dodgers can manage to win this series, and face off against Atlanta in the divisional Championship Game. The Dodgers have the pitching staff needed to make a push, and the Cubs have been on an average year. The Cubs are still dangerous, but not what they were a few years ago; they’re a beatable club, and the Dodgers will do it.

The Dodgers will also move on to beat the Braves and continue to the World Series to face off against Houston. The Dodgers are a much more talented team than Atlanta is right now, and they will capitalize on this. The Dodgers may be the most dangerous team in the field.