O’Rourke and Cruz Showdown in Texas 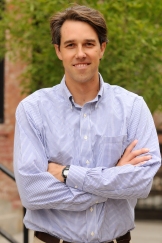 Cruz said that O’Rourke is “out of step with the people of Texas,” characterizing him as part of a revolutionary fringe that is further left than House Minority Leader Nancy Pelosi and Independent Sen. Bernie Sanders. He claimed O’Rourke wants to abolish the Immigration and Customs Enforcement (ICE), take away Texans’ guns and impeach President Trump.

O’Rourke had his own criticisms of Cruz as well, accusing him of not caring about the people of Texas and caring instead for corporate tax cuts. He claimed Cruz wants “to deport each and every single Dreamer.” He also accused Cruz of being an absentee senator, spending more time campaigning in Iowa than working for Texas.

“In 2016, he missed half of the votes in the United States Senate,” said O’Rourke during the debate. “You tell me who can miss half of the days of work and still be rehired for the same job going forward. That’s not what Texans want.”

On the topic of immigration, the differences between the two candidates were prominently displayed.

“When it comes to immigration, we need to do everything humanly possible to secure the border,” said Cruz. “That means building the wall. That means technology. That means infrastructure. That means boots on the ground. And we can do that all at the same time that we are celebrating legal immigrants.”

O’Rourke took a more moderate approach, saying in the debate that the United States needs to “bring people out of the shadows, allow them to get right by law.”

“The alternative, as Cruz has proposed, is to deport 11 million people from this country,” O’Rourke continued. “Imagine the cost, imagine the stain on this country for generations moving forward.”

The race between O’Rourke and Cruz is quickly becoming one of the most talked-about races during the 2018 midterms. It is surprisingly competitive, considering Cruz’s seat has historically been considered safe. The Cook Political Report recently reclassified the race, calling it a toss-up.

This is unusual in Texas, where a Democrat has not been elected to a statewide office since 1994. Nationally, the political environment is increasingly favoring Democrats as well. Democrats are widely expected to retake control of the House in November, and have the possibility of taking control of the Senate as well.

Republicans currently have a 51-49 majority in the Senate, with two independents who caucus with the Democrats. Democrats need to flip just two seats in 2018 to win the majority. However, Democrats in states that Donald Trump won in 2016 also need to hold on to their seats.