Trusting The Process with Trina Patterson 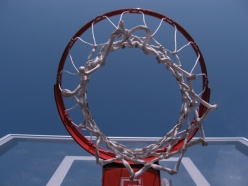 This season, UNCG Women’s Basketball will have to endure a grueling non-conference schedule loaded with quality opponents. Head Coach Trina Patterson explained that her team’s goal is “to put ourselves in the position to win the SoCon Championship and in order to win championships you have to play teams that are champions or that have been there before.”

“We have a more experienced team this year, as last year we were the youngest team in the nation, and this year, that is not the case,” Coach Patterson said. “There is a hunger to this team as well as a laser beam type of focus that is prepared for the challenges that are coming towards them.” Based on this, it is clear that Patterson places value on all facets of experience. She believes in the philosophy of beating the best in order to be the best, as well as learning from your opponents. Patterson is a true student of the game, likely stemming from her diverse basketball resume as both a coach and player.

Patterson lays out the Spartans’ blueprint for success. “Our goal is to be excellent in everything that we do. Our motto is to attack each day with enthusiasm unknown to all.” She would later expand on the daily grind. “We take things one day at a time. We grow, we improve, we try not to look too far into the future, and we take things one game at a time… Our goal, at the end of the day, is to always put ourselves in the position to be the best that we can be. The best that we can be is to be in the hunt for the SoCon Championship.

“So, the question is first can we put ourselves in the position to be good on day-to-day basis and win the SoCon in the regular season? Secondly, can we be good at winning at home? We have developed a home court advantage as we had a winning record at home last year. We want to make [Fleming Gymnasium] a great place for our fans to come watch and see how hard we work.”

Clearly, Patterson values the process of improvement as well, as watching her teams give efforts that yield tangible results that they can be proud of, such as winning. This mentality is likely what has led her to take multiple positions throughout her career that could be viewed as rebuilding situations, such as the one at UNCG prior to her arrival.

Coach Patterson also comes from one of the most esteemed coaching trees in all of collegiate basketball. From starring as a player under two Hall of Fame coaches at the University of Virginia to working with USA Basketball at the Pan-American games and to helping develop two number one overall picks in the WNBA Draft, it is easy to see how Patterson’s resume was the most impressive on Kim Record’s desk. Patterson, herself, raves about her basketball upbringing.

“It’s everything, it’s everything. Debbie Ryan was my head coach at UVA and is in the Hall of Fame. Geno Auriemma was my position coach at UVA for the first two years of my career before accepting the head coaching job at UCONN. He had a big influence on me as a player initially.”

Later, Coach Patterson would say, “In my early coaching career, I would talk to Debbie and Geno all the time due to me being so new to the profession. As I continued to coach, I would go on to meet other great coaches such as Tara VanDerveer, who I consider to be my mentor… What she’s done at Stanford is awesome and the experience I was given working with great players such as the Ogwumike sisters (both went number one in the WNBA draft with Patterson as their position coach), the lessons are of immeasurable value.”

Patterson’s basketball background is living proof of the value that experience has within the process. Based on her own success, it is clear to see why she preaches the same philosophy to her players.

The Spartans’ home opener is Nov. 11 against Pfeiffer University.