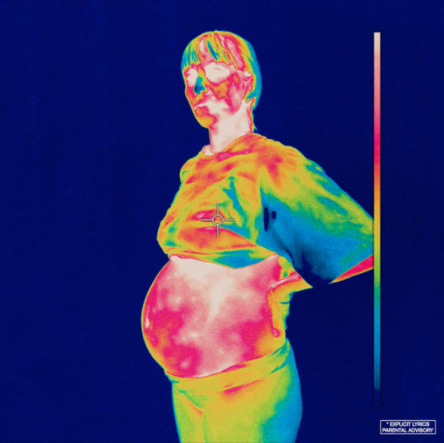 Following the groundbreaking Saturation Trilogy, this album faced a number of obstacles prior to release. Earlier this year, integral rhymer and the literal face of the group, Ameer Vann, was kicked out of Brockhampton due to allegations of physical and sexual assault by his past partners. These allegations shocked the world and the group as a whole.

After this shake-up, multiple albums and release dates were pushed back indefinitely. So when Iridescence finally dropped, many asked- was it worth the wait?

The answer to this question is a strong yes. This album is beautiful, melancholy and pioneers what hip hop should sound like moving forward. Filled with intimate verses detailing heartbreak and self worth, Brockhampton may have just summed up what our entire generation is feeling.

Opening with banger, ‘New Orleans,’ rapper Dom McClennon raps “They told me God gave me a mission, but I’m missing tools to complete it, I ain’t the one you should read on, I’m used to being defeated.” This bar illustrates how our generation (millennials and generation z) has been given the task of fixing the world without the proper guidance or tools to do so. Is it right for previous generations to create and then pass down problems hoping for them to be fixed? This negligence and lack of empathy has created a world in which the young people must confront problems they did not create, leaving them feeling not good enough and defeated.

The album continues with lush instrumentals that make you feel like a fly on the wall of a secret underground disco party. Although at times this album may be a little too left field for casual listeners, given enough time and proper play it can amaze.

Another standout song is “Tonya,” named after figure skater Tonya Harding. Opening with eerie piano keys and a crooning Bearface apologizing to his mother for never picking up the phone, this track is by far one of the best songs released this year. Leader and sole director for the group’s music videos, (check out 1999 Wildfire and Junky) Kevin Abstract, raps a haunting verse about how he feels like the success he and the rest of the group have achieved over the last year still doesn’t fill the void of insecurity, loneliness and a place to call home.

Much like Tonya Harding, this track questions whether or not fame is worth all of the sacrifices and scandals that come along  with it. “I deleted Facebook, I’ll trade fame any day, for a quiet Texas place and a barbecue plate, I’ll switch my place if that’s good for you, is that good for you?” If that isn’t soulful I don’t know what is.

In short, this album can be a hard listen that is well worth it. In a world where a lot of us feel inadequate, Brockhampton makes being in touch with your emotions look cool. And it actually is cool, if not at the very least healthy. If you are a fan of,  Brockhampton’s previous works, you will love Iridescence.

If you are new to the group or just looking for a new soundtrack to your life, I recommend maybe starting off with some earlier music first. Iridescence is a fantastic album and will be in the minds of listeners for years to come.