America was founded on “Mob Rule” 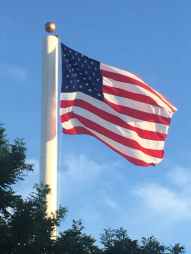 While the voting for Brett Kavanaugh was being held, liberal protestors descended on the capitol building to give the senate a piece of their minds. The GOP is describing this as “mob rule” to discredit protests before they even begin. They argue that taking to the streets and “yelling in politicians’ faces,” is not a civil way to argue, and only makes the left look bad.

There was a USA Today article written by James S. Robbins about how we need “less democracy” in today’s world. He discussed how historically democracy is just letting fear of angry mobs control the government. Now parts of the right, specifically the president, are considering banning protests.

While I highly doubt protesting will ever be banned, the fact that it is even being discussed should be terrifying to anyone who values freedom. Protests are not only an integral part of a democracy, but one of the few things that keeps a tyrannical government from having absolute power.

Here’s the thing about protests: they happen when a government does not listen. A government is just a group of people who write laws that the common people want. At least that’s how it runs in the idealistic world in our heads. When a government stops doing what people want, or starts acting against its own people, there has to be a way to flush out the government. Typically, that’s called voting.

Unfortunately, elections in the U.S. are extremely prone to rigging. Voting is a bit compromised, but it’s still important. Then, the only thing left is to physically make government officials hear you. How? Protesting, which Mitch McConnell falsely described as “literal assault.”

Show up at their homes and place of work and don’t leave until they hear you. Sure, debate and rhetoric are effective. A well-constructed argument is the best way to convince someone of something. However, sometimes, our government simply doesn’t want to listen because it conflicts with their interests.

During the Revolutionary War, Parliament refused to listen to a bunch of angry colonists about taxation. They wanted those taxes, and believed that uneducated colonists couldn’t touch them from across the Atlantic. So, the colonists revolted. They stopped paying taxes and kicked the Brits out. It worked, and we celebrate it every year.

During the civil rights movement, white legislators weren’t going to give up segregation. It benefited them too much. Having a subservient class of people to abuse made life easier for them. In order to change this, anyone who believed in equality protested. While racism is still very much a thing today, it at least got the ball rolling to fix things.

The Confederates wanted to own people, but weren’t being listened to. The North wasn’t going to back down from banning slavery. So the South seceded in protest. Only one of these was a “peaceful protest,” and I can guarantee it wasn’t the one about owning people. That’s beside the point.

Protests are how radical change happens. It is a natural healthy function in a democracy. When a government ceases to care about its common people and refuses to listen, you have fascism.

In case it needs to be spelled out: freedom is good and fascism is bad. I hate to say it, but there is a growing number of people in today’s world in support of outright fascism.

The scariest part about current politics is that people don’t know what they need to do. I have panic attacks reading the news pretty regularly. We need to be educated and vote in November. But we also need to stand ready to protest if need be. Whenever the government does something that infringes upon our rights, we have a duty to make them listen. That’s how democracy works. On the very slim chance they ban protesting, well, I’d say we have to go to the last option: revolution.