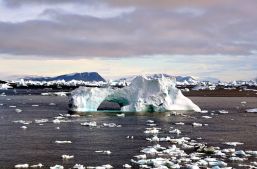 A new report by the United Nations (UN) scientific panel on climate change, known as the Intergovernmental Panel on Climate Change, has changed the conversation on climate change and vastly accelerated the timetable on climate disaster.

A report published by the panel suggests that the consequences of inaction around climate change will just not be visible in generations, as previously believed, but rather in just two decades. This sped up timeline significantly increases the number of people who will be alive to see the fallout from the present day inactivity towards climate change and renewable energy.

The report, which was published on Monday, Oct. 8, describes the anticipated consequences of inaction on climate change. It was authored and worked on by dozens of scientists all over the planet, including 91 of the leading climate change researchers in a variety of fields from 40 countries who analyzed and incorporated over 6,000 scientific studies.

A handful of the included consequences included in the report are faster deaths of coral reefs, worse natural disasters and catastrophic food shortages. It also says that the visible consequences of inaction in the next few years will be evident by 2040, a period far earlier than previously estimated.

“We were not aware of this just a few years ago,” said Bill Hare, one of the scientists who works as part of the Intergovernmental Panel on Climate Change. The new discoveries and trends outlined in the report shock its authors as well as the leaders who commissioned the report. The report was commissioned by the leaders behind the Paris Agreement. The Paris Agreement was commissioned by the UN to figure out the significant ways climate change could impact not only their countries but the rest of the planet as well.

One of the specific statistics in the report theorized that by 2040, greenhouse gas emissions will raise the temperature of the atmosphere by 2.7 degrees Fahrenheit (1.5 degrees Celsius) above pre-industrial levels. The difference between this report and previous reports comes from the 2.7 degree figure. Previous reports have focused on a different temperature of 3.6 degrees. In the past, that was the figure that scientists believed would be the threshold that after which the impact of climate change would be the most severe.

The report wasn’t exclusively focused on damages, but also included facts and figures about what is needed to transform humanity’s energy production habits to avoid these frightening consequences. It is possible to avoid the potential reality outlined in this report, but it requires significant work. It will require governments all over the planet to work not only internally and pass remarkable legislation, but also work internationally to continue forming working groups, funding relevant research, and developing technology that enables humanity to transform our energy needs.

The cost of fixing this is not just politically expensive, as it is also a burden on the existing economy of the planet. The estimated impact this would have on the global economy is gigantic, coming in at 54 trillion dollars to evade an unknown and possibly even more expensive fate that would befall the planet without the necessary compromises.