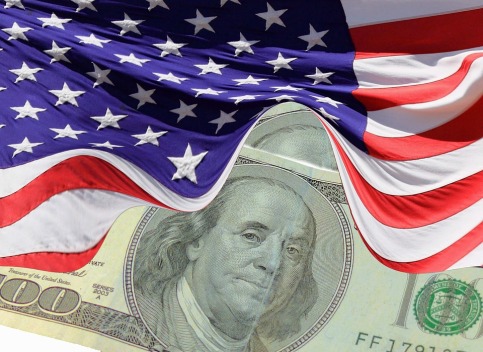 Last week, the U.S. Department of Commerce announced a 3.5 percent growth in the national economy during the third fiscal quarter.

This high growth rate from July to September comes as no surprise, as analysts predicted it would be approximately 3.4 percent.

Combined with the 4.2 percent expansion rate in the second quarter, the American economy is currently experiencing a large increase in jobs available, investments and consumption. Consumption of goods and services grew by four percent, more than the 3.8 percent the previous quarter.

The low unemployment rate ties in with the increase in consumption, as consumers have been more confident to make larger purchases and loans, such as those for cars or starting businesses. The unemployment rate currently stands at 3.7 percent, which is a 50 year low.

According to Jared Bernstein, a former White House economist, part of recent economic growth can be attributed to more workers now participating in the workforce.

“Lots of people are working and drawing paychecks,” said Bernstein. “Even if those paychecks aren’t growing as fast as we might like, that’s going to fuel economic growth and in this report, in fact, the strongest sector was consumer spending.”

Of consumer spending this year, a particularly large amount was spent on travel-related goods and services. Elie Maalouf, CEO of the InterContinental Hotels Group (IHG) for the Americas, gave a brief explanation on the situation:

While most sectors of the economy are growing, the housing market has seen a recent decline in home purchases. In September, the Federal Reserve decided to raise interest rates, trying to keep the economy from expanding too fast and inflation occurring. This has discouraged some potential home buyers and led to a 5.5 percent decrease in sales of new homes.

Natural disasters have also affected consumers, with Hurricane Florence and Michael both occurring in the third fiscal quarter. The damage from Hurricane Florence is an estimated $37 billion solely in property and equipment, but could be as high as $50 billion after all of the calculations are finished. With the effects of Hurricane Michael still being totaled, the storms could have a considerable effect on fourth quarter GDP growth.

Even if affected by the storms, the overall growth in the U.S. GDP in 2018 will be extremely high. The Federal Reserve expects the yearly growth rate to be 3.1 percent, which is the fastest rate the economy has grown in thirteen years.

For 2019, economic expansion is expected to slow down. The Federal Reserve predicts next year’s growth rate to be 2.5 percent. This is due to higher interest rates, along with the recent implementation of trade tariffs. During the second and third fiscal quarters, U.S. companies traded as many goods as possible with other countries before the tariffs were in effect. By 2019, there is an expected drop in net exports.