Home › Sports › Are Leaders Born Or Made?

Are Leaders Born Or Made? 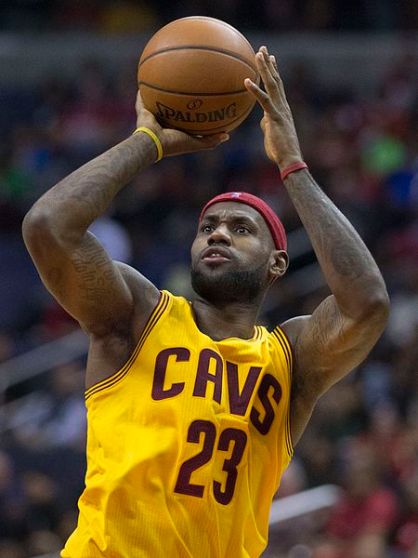 Editor’s Note: Alexis Pitchford is the starting point guard for the UNCG Women’s Basketball Team. She is, without a doubt, a leader.

Leadership can be shown in multiple different ways. Either in the spotlight, or behind the scenes. A leader can be vocal, or can rather set an example. Some leaders are a combination of both. But how do leaders become leaders? Are they born that way? Or were they taught how to lead others?

To me, leaders are not machines. I believe that someone without any leadership qualities cannot just attend several leadership conferences and suddenly become a successful leader. A particular individual has to have a few basic personality qualities of a leader: sociability, trustworthiness, confidence, and intelligence in order to lead others.

Let’s say you have a pair of twins. Many twins grow up living similar lives; yet they are both individuals with completely different personalities. I feel that at birth, some people are destined to lead. They may not know it, but life puts them in challenging situations where those leadership qualities are brought to the light.

If LeBron James and Steph Curry grew up with the same lives, do you think that they would both still have the same careers that they have today? LeBron grew up in the streets of Akron, Ohio and was raised by a single mother. Steph Curry grew up with a privileged family, and with a father who previously had played in the NBA. Yet they both have two completely different NBA careers. LeBron has played for three NBA franchises now, and Steph has been with the same franchise that drafted him.

LeBron has spent years trying to find players who want to play with him and help him accomplish his goal of winning a championship, yet people still consider LeBron to be one of the greatest basketball players of all time. Curry, on the other hand, has improved his individual game and his franchise went and found players who wanted to play with him, and now they have a near-unbeatable dynasty.

Their personalities affect whether people want to play with them or not. LeBron may be a great player, but players like Kyrie Irving have left after playing with LeBron because they feel that they are not compatible. But Steph has been able to pull players like Kevin Durant and Demarcus Cousins, who were stars at their own franchises, to join Steph to make an even better team overall.

For example, the Pittsburgh Steelers have four captains: for the offense, it’s Quarterback Ben Roethlisberger and Center Maurkice Pouncey. On defense, it’s defensive tackle Cam Heyward. On special teams, it’s kicker Chris Boswell. But the only names you ever hear on ESPN in relation to the Steelers are Antonio Brown and “the distraction” of Le’Veon Bell. They are physical leaders; they lead by producing on the field, but yet they aren’t captains. People lead in different ways. They can be a vocal leader, or they can lead by producing. Having that variety and diversity in leadership makes them a more effective team.

There is a strong argument for leaders being created. Some people believe that life puts people in situations where they are taught how to lead. They feel that leadership is not a born quality, and I agree. It’s not. Leadership is an act of moving others to follow your vision; it’s not a personality trait.

However, I believe that someone who doesn’t know how to talk to people, or have confidence in themselves or others will be able to magically transform into some sort of effective leader.

A leader can be born with leadership qualities, but they must be taught how to use them in a positive way. Someone may not know that they have the ability of becoming a leader, but through teaching and life experiences, then they can one day become an effective leader.