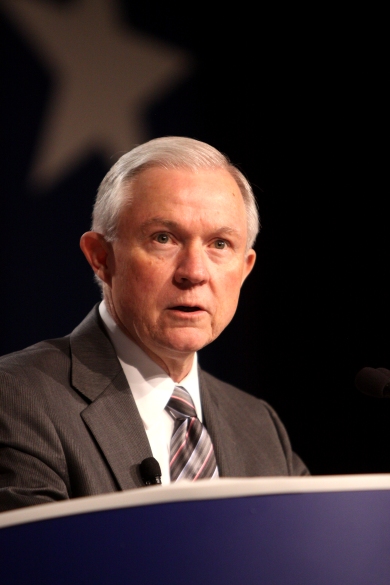 In a radio interview on Monday, Nov. 5, Senator Lindsey Graham of South Carolina made a prediction; he believed the resignation of Attorney General Jeff Sessions to be unavoidable, and that the United States would have a new Attorney General beginning as early as next year.

“Jeff will probably step down,” Graham told conservative radio talk show host Hugh Hewitt, noting Sessions’ recent and abundant difficulties involving the Trump administration. The prediction Graham made turned out to be accurate, and Sessions presented his letter of resignation on the morning of Nov. 7.

Senator Lindsey Graham was a brief critic of President Donald Trump’s character and platform, but has since made amends and has grown to be closer to him. Graham could potentially be an essential figure in the permanent replacement of former Attorney General Sessions.

Jeff Sessions has been publicly gutted by President Donald Trump in recent months. After excusing himself from a federal investigation pertaining to the accusations of involvement of the Russian government in the Trump campaign and in the 2016 presidential election, Sessions evoked the fury of the White House. In spite of Sessions’ repeated attempts at implementing legislation within Trump’s presidential campaign platform, including a harsh crackdown on the United States policy on illegal immigration, Trump has been seen frequently grilling the former Attorney General.

“At your request, I am submitting my resignation,” Sessions wrote to the President on the morning of Nov. 7, although his formal resignation was officially prompted by Chief of Staff John Kelly, and another senior Justice Department official. In his letter of resignation, Sessions wrote that the Department of Justice had “confronted transnational gangs that are bringing violence and death across our borders and protected national security,” going on to boast about efforts to restrict immigration and address the opioid crisis.

Despite Sessions’ efforts prior to the call for his formal resignation, White House officials reported that President Trump had been “itching” to urge Sessions to resign, yet did not do so on the advice of his personal consultants and GOP leadership in the Senate.

Following the events of Wednesday, Sessions’ chief of staff Matthew G. Whitaker will continue as acting Attorney General for President Trump. In 2017, prior to his appointment as Jeff Sessions’ chief of staff, Whitaker wrote an opinion piece for CNN that criticized special counsel Robert Mueller’s investigation into the Russian influence on the election, which Trump has repeatedly referred to as a “witch hunt.”

Whitaker addressed his position following Sessions’ resignation on Wednesday evening, saying, “I am committed to leading a fair Department with the highest ethical standards…it is a true honor to be chosen by Mr. Trump.”