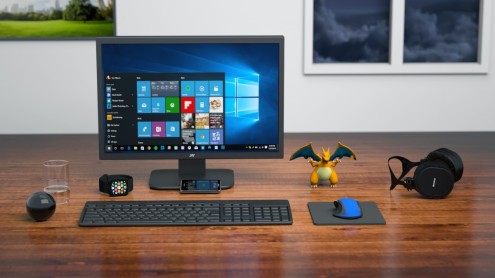 On Nov. 5, the Supreme Court declined to grant a writ of certiorari; that is, they declined to hear a case regarding challenges by the Trump Administration surrounding “net neutrality” regulations adopted by the Federal Communications Commission (FCC) under the Obama Administration in 2015. The challenges were upheld by a federal appeals court in 2016.

The Federal Communications Commission change in policy reflected President Trump’s deregulatory mission. Ajit Pai, the chairman of the commission, claimed the change would be beneficial to both consumers and providers. According to Pai, broadband providers can offer greater variety of services under the less strict regulations.

“We are helping consumers and promoting competition,” Pai said in the New York Times. “Broadband providers will have more incentive to build networks, especially to underserved areas.”

Pai shares Trump’s deregulatory philosophy, and believes that regulations hinder innovation and are based on, “hypothetical harms and hysterical prophecies of doom,” as Pai was quoted in the New York Times.

The two other Republican commissioners also supported the move, giving them a 3-2 majority.

After the commission announced the change, it faced a public outcry and legal challenges from state attorneys general in an attempt to overturn the decision.

Critics of deregulation argued that consumers will have a harder time accessing online content, and that new start-up businesses will have to pay to reach consumers.

“I dissent, because I am among the millions outraged,” said Mignon Clyburn, one of the Democratic commissioners, to the New York Times. “Outraged, because the FCC pulls its own teeth, abdicating responsibility to protect the nation’s broadband consumers.”

“If we don’t have net neutrality protections that enforce tenets of fairness online, you give internet service providers the ability to choose winners and losers,” said Steve Huffman, chief executive of Reddit, in an interview with the New York Times. “This is not hyperbole.”

In the Supreme Court case on Monday, Chief Justice John Roberts and Justice Brett Kavanaugh recused themselves from consideration of several petitions filed, including Berringer v. Federal Communications Commission, No. 17-498.

Given the two recusals, the remaining seven justices needed to vote to grant certiorari in the case. The Supreme Court operates on a “Rule of Four,” meaning that four of the nine justices must vote to hear the case for the Court to begin proceedings.

Three members of the Court—Justices Clarence Thomas, Samuel Alito and Neil Gorsuch —would have voted instead to grant a hearing in the case and vacate the appeals court decision as moot. To decide a case as moot, there must no longer be an ongoing interest in resolving the case. Justices Thomas, Alito and Gorsuch presumably would have reached this decision because the commission reversed the 2015 decision to increase oversight last year after a change in membership.