Home › Sports › UNCG Volleyball Goes Back to Back

UNCG Volleyball Goes Back to Back 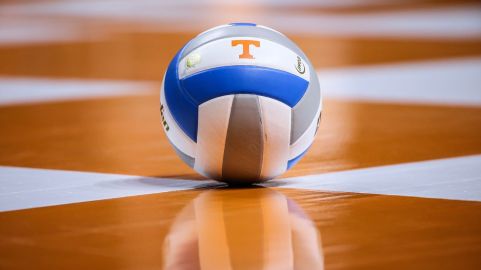 It was an exciting weekend in Fleming Gymnasium, as the campus was treated to a volleyball doubleheader, including a Senior Night victory over Furman. Ultimately, the volleyball team closed their regular season with back-to-back victories and head into the SoCon Tournament with great momentum.

The Spartans’ first victims were the Wofford Terriers, whom they defeated Friday night 3-1 (25-22, 26-24, 22-25, 25-18) to improve to 6-9 in the SoCon and 12-15 on the season. The Terriers entered the contest only one-and-a-half games ahead of UNCG in the conference standings, making the game a must-win for the Spartans, as they are an opponent that the Spartans may have to face again in the SoCon Tournament this weekend.

UNCG was able to grit out highly contested victories in the first two sets to race out to a 2-0 lead in the match. The Spartans appeared to be well on their way to sweeping Wofford as they raced out to a 17-12 lead in the third set. However, with their backs on the wall, the Terriers went on a seven-point tear to take a 19-17 lead late in the set. Wofford was in control of the set from that point forward, and they would go onto win it 25-22. UNCG did not rest on their laurels, however, as they responded by playing their most complete set of the match in the fourth en route to the victory.

UNCG did not have long to celebrate the win, as they were back on the court Saturday night to square off against the Furman Paladins, who sat two games ahead of them in the conference standings. This was the last game of the season for both teams, making it impossible for UNCG to overtake them in the standings. However, it was clear that the Spartans had a message to send on their Senior Night against yet another team they may have to face if they wish to advance in the SoCon Tournament.

The emotional night began when the Spartans’ team seniors walked the court with their families in front of a raucous crowd to cherish their final regular season game with the team. Afterward, senior defensive specialist Christina Gregory was allowed to take the first serve. Gregory is currently injured and will not be able to play again for the rest of the season. In a classy move, Furman did not take the point for the serve and the game began afterwards.

The Spartans went on to deliver a very heartfelt and inspired performance by defeating Furman in a back-and-forth, competitive contest. The Paladins came out hot as they raced to a 15-7 lead in the first set.

However, UNCG was able to rally and tie things up late in the set. Although, the comeback effort would ultimately come up short, the Spartans set the tone for the rest of the match as they would go on to win the next three sets to secure the Senior Night victory.

Behrends and Rasmussen continued their strong play from Friday night, as they both recorded doubles in the winning effort. Behrends earned her second consecutive double-double by posting 12 kills and 15 digs. Rasmussen displayed her versatility by recording 21 assists and 13 digs following her dominant performance on Friday. Senior setter Allison Penner also joined the double-party as she posted a team-high 31 assists to go along with 12 digs in the winning effort.

With their regular season concluded, the Spartans now move into post-season play. The SoCon Tournament is being hosted at UNCG this year so students can catch all of the action at Fleming Gymnasium. The Spartans will play at Fleming on Friday at a time and against an opponent that have yet to be determined.

Like Loading...
‹ Can Trump Revoke Birthright Citizenship?
Global Food and Water Crisis: How Can a College Student Help? ›