Letter to the Editor: The importance of Earth Day 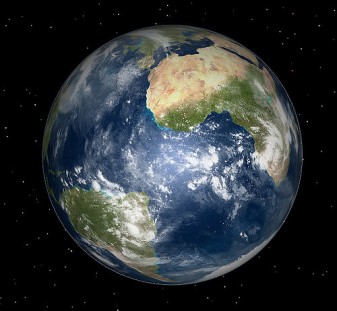 Over the last decade, phrases like “go green” and “reduce your carbon footprint” have become firmly embedded in our lexicon, just as Earth Day has become an annual celebration. As an environmental advocate, this couldn’t make me happier. I’ve been inspired to see people switch to efficient light bulbs, recycle and use canvas shopping bags instead of paper or plastic.  Nearly two thirds of Americans say they recycle on a regular basis compared to a quarter of Americans in the 1990s.Yet, while more people have come to recognize the carbon footprint cost associated with everyday behaviors like driving cars, a leading cause of environmental degradation has remained largely hidden: factory farming.

According to the United Nations, animal agribusiness plays a prominent role in climate change. Wherever factory farms operate, there is sure to be environmental degradation.  Untreated manure from hog farms runs off into our rivers, streams and other waterways, killing fish and causing algal blooms. When this waste inevitably reaches our oceans, this creates what scientists call ‘dead zones’—areas of the ocean where all life dies off or moves away due to a lack of oxygen. The damage done to our planet by animal agribusiness is well-documented and ever-increasing; as our population grows so too does our demand for meat.

The good news is that more and more people are connecting what we put on our plates with our impact on the planet. The result is that we as a nation are enjoying more meat-free meals as a way to help our planet and ourselves.

Since its inception in 2003, Meatless Monday has mushroomed. The idea is simple: enjoy a holiday from meat one day a week. It’s a simple solution with manifold benefits. According to the Environmental Defense Fund, “If every American skipped one meal of chicken per week and substituted vegetables and grains…the carbon dioxide savings would be the same as taking more than half a million cars off of U.S. roads.” A Carnegie Mellon University study found that we’d each do more good for the planet if we ate meat-free just one day a week than we would if we ate exclusively local foods.

There are even more compelling reasons: farm animals, like the dogs and cats we consider members of our families, are individuals with personalities, needs and the capacity to suffer. Yet on industrial factory farms, they’re often treated like mere units on a production line with little consideration for their suffering.

And, of course, eating more plant-based foods and fewer animal-based foods is good for our health, too. The American Heart Association recommends, “substituting some of the meat in your diet with vegetables” as a simple way to reduce our risk of heart disease (America’s number-one killer). Even former governor of California Arnold Schwarzenegger has touted the virtues of meatless eating, pointing to fitness celebrity and vegetarian Bill Pearl, who according to Arnold is, “one of the greatest bodybuilders ever.”

Equally exciting is the new world of food you’ll begin to explore when you enjoy more meatless meals. From exotic fare like Indian and Ethiopian dishes to familiar favorites like spaghetti with marinara and vegetables or bean burritos, there’s no shortage of options.

Perhaps the easiest — and tastiest — way to improve our diet is by practicing the Three Rs: “reducing” or “replacing” consumption of animal products and “refining” our diets by choosing products from sources using higher animal welfare standards.

Small changes multiplied by millions make a big difference. Each of us, by pledging this Earth Day to participate in Meatless Monday, can make a tremendous difference for the world and its inhabitants all year long.

Kristie Middleton is senior food policy director for The Humane Society of the United States.