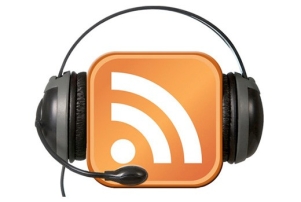 Are you tired of the same talking heads discussing your sports topics? Is the 24 hour news cycle too much for you, as you just want insight on your specific sport? Are you too busy to sit through hours of material just to get to what you want to hear? Well sports podcasts may be the solution to your sports related starvation. Think of a podcast as an on demand radio show that is condensed down to time slots of about 30 minutes to an hour. With that in mind, you can get all the sports information you need in a morning commute.

The world of sports podcasting consists of both vibrant new personalities as well as your usual big network hosts. Not only that, there are former athletes who have decided to stay within their sport in the form of a podcast. For example, if you are more excited for the kick off of the 2017 season of the English Premier League rather than the National Football League, “Men in Blazers” should already be in your growing sports podcast rotation. Hosted by Michael Davis and Roger Bennett, the two talk about soccer/football leagues all around the world, but their bread and butter lies with the English Premier League, as evidence from them crowning “The Damned United” and “Bend It Like Beckham” as the greatest soccer movies of all time. Seemingly immersed in the high and low culture of “the beautiful game,” the program mixes analysis and guest appearance in equal amounts, with the goal of providing an intelligent yet often humorous and always passionate, soccer broadcast.

With the NBA Finals in full swing for the next few weeks, it’s best that you should get familiar with one of the best basketball podcasts on the Internet. Hosted by NBA.com’s Sekou Smith and Lang Whitaker from SLAM magazine, “Hang Time” has the hosts breaking down and discussing the biggest stories in the NBA. During this championship series, Smith and Whitaker will react to each game along with having guests ranging from former NBA Champions such as Rob Parish to basketball insiders such as Adrian Wojnarowski chime in with their opinions and insights as well.

Some of the more interesting podcasts within the sports world actually come from the sports entertainment industry. Spearheaded by the WWE, Stone Cold Steve Austin’s “The Steve Austin Show: Unleashed,” Chris Jericho’s “Talk is Jericho” and Jim Ross’ “The Ross Report” are among the most popular podcasts. In “Unchained,” Steve Austin lets loose in a no-holds barred, explicit style of podcast program. Steve gets down to the nitty gritty in interviews and segments with Hollywood celebrities, past wrestling buddies, present wrestling pros, MMA fighters, athletes, movie stuntmen and from time to time, interacts with the working man through question and answer sessions. “Talk is Jericho” on the other hand, is more so the style of which Jericho conducts his wrestling promos, all about himself. It’s his personal take on what is happening in regards to pop culture, life, wrestling, music and television. Although he does do a bevy of wrestling interviews, you are in the Walls of Jericho for a reason, to hear everything from the perspective of Chris Jericho. But for a comprehensive take on the world of the squared circle, look no further than “The Ross Report.” Jim Ross, considered the greatest announcer in wrestling history and among the best announcers in all of sports, brings his myriad celebrity roster of friends, his insight and analysis of today’s wrestling stars and storylines from World Wrestling Entertainment, New Japan Pro Wrestling, Lucha Underground and Ring of Honor. He also invites his fans to his weekly discussion of everything regarding the squared circle, as good old JR takes your calls, makes a few of his own, and spreads the wrestling love around the globe.

The usual suspects are in here as well, as podcast iterations of popular sports broadcasts such as “First Take” and “Pardon the Interruption” serve as an extended conversation away from their usual programming blocks on ESPN. But chief among the talking heads of bigger networks such as ESPN and Fox Sports One taking their talents in podcasting is Bomani Jones. When not co hosting “Highly Questionable” on ESPN with Dan Le Batard, Bomani is hosting “The Right Time,” formerly “The Evening Jones.” Within “The Right Time,” Jones lets his personality take over the show, dishing on topics from sports to pop culture to even mathematics and statistics in a flowing stream of consciousness. One of his notable asides was when he discusses how his more reserved fans interact with him when they want a picture, when they send their girlfriends to him asking for a picture as they awkwardly wave to them.

From soccer discussions to throw-

downs in the squared circle, there’s a lot of podcasts to tickle your fancy.