Home › Opinions › Columns › A Time to Be Born, A Time to Die

A Time to Be Born, A Time to Die 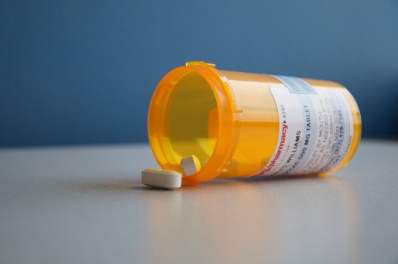 With the rise of modern medicine, average human life expectancy has increased drastically in first world countries. We are living longer than ever, and can now survive for years longer than our ancestors did due to the technology of the modern age. Yet, as with any technology, this has its advantages and disadvantages.

While we are living longer lives, these lives are often riddled with painful illnesses and disorders for which there are no cures. Many people are forced to suffer due to the bloom of technology which promises hope for a cure – but often one that will never be discovered in their lifetime. Many people will be kept alive by pills and machines, living on the brink of death for months, wishing for an escape. For these people, assisted suicide should be legal.

Assisted suicide is a procedure in which a person who is diagnosed with an incurable disease can make the decision with their doctor, their family, and their government to be euthanized. The law allows the terminally ill to end their own lives in six states, plus Washington D.C., but medically assisted suicide should be legal nationwide. It is a humane form of dying, one that is preferred over the long and painful struggle which accompanies any terminal illness. It simply gives an option to those who otherwise would be condemned to an unimaginable level of pain.

The point of assisted suicide is that it would only be used by those who would otherwise die a very painful death. While a patient who is clearly still of sound mind and body would first have to desire the procedure, a medical professional would then be required to approve or disapprove the case. A person who receives euthanasia for a terminal illness must be very far along in the illness, with almost no chance of recovery. These people would suffer greatly, and would be searching for an escape from unending pain.

This desire to be euthanized has even coined its own industry – suicide tourism. Suicide tourism is when a person will travel to a country in which euthanasia is legal. People are traveling to places like Mexico, Oregon, Washington and, most famously, Switzerland to seek out physicians who can put them out of their long-endured misery. This form of tourism has even become a source of business for the Swiss, as so many hundreds of dying patients and their families have traveled there to receive aid. Yet, this tourism can be dangerous for the families involved. Those who assist their relatives in achieving euthanasia could face punishment for their involvement.

Legalizing assisted suicide in the United States would also stop the apparent overcrowding of nursing homes and assisted living facilities, which are institutions that are too often known for being neglectful and completely unaffordable for many families. Many people end up in poorly run facilities, as they do not have the money for decent facilities. Many do not have the loved ones who can take the time out of their day to provide them with the care that they need. These problems are severely reduced in places which have legalized assisted suicide, as those with terminal, incurable diseases have an option besides an assisted living facilities to deal with their illness.

Assisted suicide should be legal simply because it is the humane thing to do. There is no reason to force a person to die an overly painful death when there there is almost no chance they will recover. Assisted suicide should be a decision that is made by a dying person, their doctor and their family. It is not an issue of government, so much as it is an issue of morality. To allow a person to wither away in pain is cruel and completely needless when there are more humane options. If there is a choice to put an end to suffering, it should be one that is available to those who decide that it is best for them.