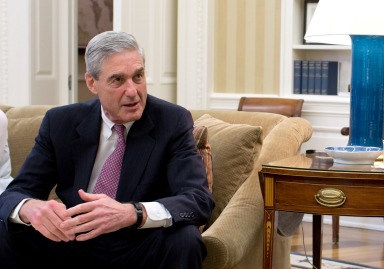 President Trump is feeling some heat, and I’m not talking physically. The Robert Mueller led special counsel investigating alleged Russian interference in the 2016 election has been moving fast and handing out indictments to many suspected parties, including those associated with Trump’s election campaign.

With the evidence proven by Mueller’s recent indictments, coupled with the guilty pleadings and charges, it seems to be only a matter of time until a solid line for between Trump and  the Russian election scandal.

Although it is true that Mueller has had several successful indictments, none so far have directly addressed or factually concluded the connection between Trump’s campaign and the Russians. Yet, even with nothing directly connecting him, should our President be feeling worried?

Just recently Paul Manafort, Trump’s former campaign chairman, was indicted on charges of being involved with a multi-million dollar fraud. Not only was Manafort indicted, but his associate Rick Gates, former deputy campaign chair, was charged as well. Gates himself pleaded guilty to two counts, those being that he admitted to lying to investigators and he conspired with regard to financial crimes.

These two men, formally interacting with Trump’s presidential campaign, have now fallen to an indictment under the authority of Robert Mueller. While the charges that they face don’t necessarily coincide with Trump’s campaign and the Russians, Mueller now holds substantial motive for both men to cooperate with him. They could be the ultimate key for an obstruction of justice maneuver against Trump.

Not only has Mueller indicted Manafort and Gates, but Michael Flynn and George Papadopoulos, both involved in presidential matters, have already pleaded guilty to lying to investigators and are now cooperating with Mueller’s investigation.

Mueller has also indicted 13 Russian nationals with charges of involvement in the Internet Research Agency, saying that illegal means were used to promote Trump’s campaign.

While Mueller is gaining Trump’s former associates to aid him in his investigation, Trump continues to rebuke any acknowledgement towards the Russians playing a role in the election. Not only has he denied any connection, but he has also stated that nothing that the Russians might have possibly done would have aided him in his presidential victory.

Trump’s denouncements seem to be in vain, however, when standing against Mueller’s 37-page indictment, detailing how the Russian government interfered in the election and encouraging the election of Donald Trump.

Mueller not only contradicts Trump’s denials, but also puts our President on the opposing side of our American intelligence system, whom have came to the conclusion that Russia did, indeed, interfere.

Yet, after all of the piling information and allegations, Trump still stands as innocent. With all the evidence included in Mueller’s indictment, it makes it more difficult for Donald to continue to state that Russia had no interference in the election. Trump also seems less and less believable with every new indictment.

Trump has been known to proclaim Mueller as incompetent with nothing worthy of worrying over, yet all of Mueller’s allegations are factually based upon saved, incriminating documents such as emails and messages.

Although he claims to pay no mind to Mueller’s indictments, it is clearly shown that Trump is beginning to feel the real heat. Not only is he very defensive towards any new information released by Mueller, but it has also been reported that he even tried to fire Mueller in the summer of 2017. If Trump has nothing to hide, why the continuing defensiveness and threats of firing?

Evidence, documents and guilty parties: Mueller is gaining them all, and whether Trump realizes it or not, he should begin to worry. It seems that it’s only a matter of time before Mueller finds the final piece of his indictment puzzle and serves complete justice for all parties who are in the wrong, including President Trump.