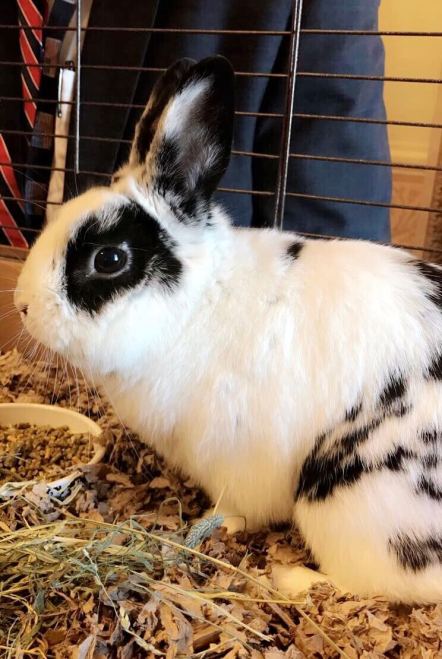 Did you know that Vice President Mike Pence has a pet rabbit? Because I sure did not. The Pence Family rabbit, named Marlon Bundo, is a precious black and white ball of fluff who has recently found himself in the middle of a politically charged book war.

Marlon Bundo hopped his way into the spotlight seemingly overnight. The second family recently announced the release of a children’s picture book from the perspective of Bundo: “Marlon Bundo’s A Day in the Life of the Vice President.” The book follows the family bunny and Vice President Pence (referred to as Grampa) around Washington D.C. to meetings and such, and has philosophical moments with paintings and biblical verses. Proceeds from the book’s sales will go to Tracy’s Kids, an art therapy program and A21, a non-profit whose goal is to end human trafficking.

While this seemed to make a darling headline, to me it read as fluff news—pun intended—at best. As a queer individual who watches the news, the story just felt like a heartwarming distraction to occupy the American people. Lo and behold, just days after the bunny book announcement, Donald Trump and Mike Pence proposed an official ban on transgender soldiers serving in any capacity in the U.S. military. This made good on Trump’s tweets from last July which suggested barring transgender soldiers from service due to logistics and budgeting.

But in a delightful and complete coincidence, another children’s book featuring Marlon Bundo was released at the same time by HBO comedian and host, John Oliver. His book is titled “A Day in the Life of Marlon Bundo.” Naturally, there are some differences between the two tales of Bundo; for instance in Oliver’s version, Marlon Bundo is a gay rabbit. This is “Just like the real Marlon Bundo,” Oliver vehemently asserted on his show “Last Week Tonight,” where he unveiled his book.

Oliver’s book currently sits in the number one spot on both Amazon and Audible, beating out even the much awaited tell-all memoir from James Comey “A Higher Loyalty: Truth, Lies, and Leadership,” and of course, the Pence’s Marlon Bundo book. Proceeds from Oliver’s book go to the Trevor Project, a charity organization that aims to prevent suicide in LGBTQ+ youth, and AIDS United.

The audiobook was only $1.35 on Audible, and I knew my money would be going to a good cause which I support. (While the Pences’ book donates to excellent causes as well, part of the money would remain with the family, who I cannot support in good conscience.) As John Oliver said on his show in regards to buying the book, “You’d be doing a nice thing in a really dickish way. And isn’t that the dream at the end of the day?”  Oliver’s book also served as an important political statement. I had absolutely nothing to lose in buying this book, and oh so much to gain. My god, it was worth every penny spent.

The book was a beautiful, wholesome, and heartwarming experience. True to Oliver’s word, it is structured like any other children’s book; this was not just a late night host’s satiric jab at a politician, this was genuine queer representation presented specifically for children.

It filled me with joy to think that this story was being marketed and made accessible to children, I never got anything like that as a kid. And that lack of representation left me in the dark, oblivious to the existence of sexual orientation and identity for a very long time. Listening to this story, so innocent, hopeful and full of love, made my day immeasurably brighter.

If you’re a sucker for a sweet love story where good triumphs over evil, if you love donating to incredible causes, or if you like to watch bigots get their comeuppance in the form of stink bug caricatures and low book sales, I would highly recommend downloading or picking up a copy of John Oliver’s “A Day in the Life of Marlon Bundo.”