Five Things I Learned in March 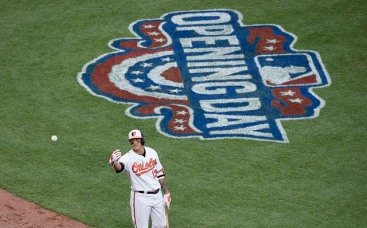 We are now marching out of the spring and into the month of April, marking the final month of the semester. With the arrival of April showers and pollen which will make breathing out of the nose for any person cursed with allergies a task so difficult, you would think it is only one of twelve labors you need to perform. Well, as the search for the Cretan Bull continues, here are five new tidbits of knowledge I gained during the month of March.

5. Golf is My Favorite Sport… with one small Caveat

With the Masters Tournament coming up this week, golf may see its largest ratings in a very long time. Tiger Woods moves the television dial in a way which no other professional athlete has ever done. There have been athletes like Michael Jordan and Mike Tyson who have put butts in seats, but for a sport like golf, Tiger has influenced casual viewers to stay at home on a Sunday night just to see if he could win a minor tournament. That was my situation when Tiger finished second at the Valspar. If Woods can stay on the course and compete with the new young bucks, then this summer will see the highest rating in golf since before his multiple injuries.

The Opening Day of the MLB season always brings a smile to my face. The day itself brings back nostalgic memories of front yard baseball, Little League games and summer nights of watching the Yankees or Mets with my dad. The older I get, the more the day becomes like a sports Thanksgiving for me. At this point however, it is clear that people of my age range do not share the same excitement for these days as they do with the beginning of other seasons. The game is definitely for old souls who do not mind slower paced games, making me feel like the youngest person at an old folks home.

3. UNCG Basketball Set up for a Second NCAA Run

What are you going to be doing in a decade? This time in 2028, where will you live and what will be your job? Well, after head basketball coach Wes Miller signed an extension to his contract, he will remain as the UNCG coach for the 2028-29 season. Men’s basketball SoCon championship and tournament run has put high expectations for their next season. It will be a 2018-19 without Jordy Kuiper and Marvin Smith, losing both to graduation. But aside from locking up Miller for another decade and the return of standouts like Isaiah Miller, Francis Alonso and Demetrius Troy, the team will also see red shirt junior, Eric Hamilton be eligible to play for the team. So next season will either be Tournament or bust for the Spartans.

Barry Sanders retired from the Detroit Lions at the age of 30 after ten Hall of Fame seasons and within 1,500 rushing yards from the all-time record. A decade and a half later, wide receiver Calvin Johnson retired from the Lions after his own record setting, Hall of Fame career. Combined, the players have two post-season victories. A player cannot shape an entire organization, no matter how good the player is. Offensive lineman Joe Thomas realized this and took his football home this past March. Thomas’ eleven years with the Cleveland Browns allowed him to become the greatest lineman of his generation, a pro-bowler every year of his career (aside from this past season because of injury) and he played a total of zero postseason games. No matter how great of a player Thomas was, there is nothing a player can do when they’re being managed by clowns.

1. Softball and Baseball: Championship or Bust

With basketball winning the SoCon championship this past month and the women’s soccer team winning the SoCon during the fall, we have to look at Spartans’ baseball as the beginners, seeing that they won the conference last May. Along with the baseball team, the softball team took the SoCon conference regular season title before being upsetted in the playoffs. This season, both teams entered the year as the preseason favorites, and they have lived up to the predictions as the teams find themselves near or at the top of their respected standings. Now with conference games beginning to be played, the teams enter the new season with the knowledge that their own high expectations and the past year of athletics on campus means that it is championship or bust.