Why History Months are Still Important 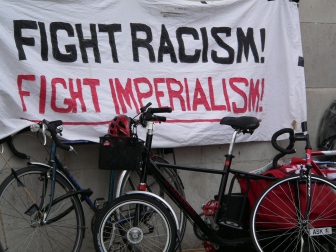 The act of dedicating an entire month to the commemoration of a group is a thoughtful action in and of itself. Yet, has our culture turned it into a meaningless gesture to promote a liberal image? I believe it has done the opposite. I think it is important to celebrate a community’s accomplishments even if there is a long way to go.

Currently, we live in a socially conscious society where people are encouraged to speak their minds and stand up for their beliefs. This, coupled with the increased coverage of discrimination and injustice, has amplified liberal ideals of activism; even making social and political activism a sort of badge of honor.

As a liberal society we take pride in our ability to speak our mind and fight for oneself in the face of injustice that goes against our democratic principles. These values have created somewhat of a conflict with the more passive celebrations of freedom which our society has.

Many socially active groups and individuals argue that history months, pride parades and other such events don’t help their causes through their passivity and celebration. These aforementioned people believe that it is not time to celebrate equality, when there is still a long ways to go. Many would argue that until minority groups gain full equality, there isn’t a reason to celebrate.

As a queer individual I’ve heard this a lot from others in my community. Many will say that celebration is a sign of complacency the queer community as a whole has not achieved the equality our cisgender-heterosexual citizens possess. More times than I would like, I’ve heard other queer individuals say that we should not have pride parades or that they themselves refuse to attend them because we aren’t done fighting yet.

While I understand what these people are saying and advocating, I do not agree with it. Of course there are still many battles to be won concerning queer rights and those of specific groups within the queer umbrella, but that does not mean we cannot rejoice in the victories we have achieved thus far.

Personally I believe that history months and pride months are in essence meant to be events of commemoration and celebration. I believe that there is nothing wrong with these intentions. A celebration does not have to imply a finish line or an end. In most situations they honor the success of an event in a longer endeavor.

If a celebration were a finish line, then birthday’s would essentially say “Okay, we’ve celebrated aging, now it’s time to die!” Celebration is not a sign of conceding or finality, it’s merely commemoration of success.

Of course history months and other such commemorations can act as platforms for activism; their nation-wide celebration increases focus on affiliated events during that time period. It is a sensible and tactically strong move to stage protests, marches and rallies during these times.

But commemoration, honoring history and its heroes has just as much power as holding a city-wide protest. In a society where minority groups are discriminated against and disregarded, the simple act of existing publicly with pride and celebrating that existence is powerful. It shows oppressors that their hatred cannot discourage or defeat anyone. It bolsters the will of the community, to see other people like themselves thriving.

For instance, Black History Month in February had a slew of moments which celebrated black excellence and promoted pride within the black community. An obvious moment is the release of Marvel’s Black Panther. The movie broke multiple box office records and was an incredible show of representation. It provided a relatable narrative which combined tradition, a sense of common history, the struggles that African American youth face as well as black excellence.

There was no protest, no speech and no rally, just a movie that showed black characters being heroes, being powerful scientists and fighters and diplomats. It instilled pride which strengthened the community. That’s what history months are meant to do. You can achieve this pride through protests and rallies as well, but the bottom line here is that it’s not the only way.

Social activism is important; it is what will continue to carry minority groups into the future. But it is not the only tool that needs to be used. History months, pride parades and festivals: these events and others which celebrate the history and culture of minority groups help strengthen the bonds of their communities. They are educational tools to uphold the legacies of those who fought before us. They are a reminder to keep fighting for our rights and our lives, but also to be proud of ourselves and our accomplishments.