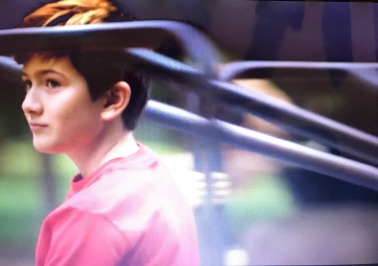 This Wednesday, Q+, UNCG’s Queer Graduate Student Association, hosted a movie night in the Phillips Room of the Elliott University Center. The movie shown was a part of a queer film series titled “Growing Up Trans,” that came out in 2015. The thought-provoking film documents the stories of different children and preteens as they navigate through their lives as transgender people.

The film addresses the reality of growing up transgender in today’s world and the different dynamics involved for different transgender individuals. There are a myriad of issues that come with growing up as a trans kid. Some of the issues described in the film included name changing, shifting appearances, pronouns and a huge one: the introduction of hormones.

With regard to hormones, one common fear among all of the transgender children and teens depicted in the documentary was hitting puberty and developing the secondary characteristics of their biological sex. A way to halt pubertal development is through hormone blockers, a treatment that was introduced in 2007 that is used to suspend puberty and physical development. The gender program at Lurie Children’s Hospital provides this type of treatment to trans kids, which was featured in the film.

This type of treatment helps trans kids who are experiencing gender dysphoria feel more comfortable in their body. Gender dysphoria, as described in the film, is the condition of feeling distressed or uncomfortable with the gender one is assigned at birth. As shown in the documentary, the physical changes that occur during puberty can be especially difficult for those that experience gender dysphoria.

Although hormone blockers can help alleviate gender dysphoria for trans kids,  many parents in the film had concerns about how these drugs would affect their children long term, as there are currently not many studies on the long-term effects of hormone blockers. “We really just need good research that we don’t have yet,” said Dr. Courtney Finlayson.

Going deeper into the complexities of growing up trans, the film also delved into how experiencing things like gender dysphoria and transphobia can affect mental health.

One person in the film we were introduced to was 13-year-old, Alex Singh, who is a trans boy. He began his transitioning at 13 by changing his name, which was formerly Karen. In the film, Singh described how, while transitioning, kids at school wouldn’t call him by male pronouns, but would heartbreakingly call him “it.”

“I could feel them kind of, like, wondering why I couldn’t just be a tomboy… and didn’t have to become a guy,” said Singh.

Another person we are introduced to in the film was 13-year-old Kyle Catrambone, who described having struggled with anxiety and depression for the past four years. In the film, Catrambone, who is a trans boy, discussed his struggles with suicidal thoughts due to living in the body he is in.

One thing briefly mentioned in the film was how one young trans man, 19-year-old Isaac, had deep reflective thoughts on transitioning during his formative years. He spoke of how he realized what a big decision he took on to embrace this masculine role at such a young age. Isaac did not have regret. He stated in the film that it was painful for him to live with dysphoria, but how one day he would like to take a break from testosterone.

The film showed much of what encompasses growing up trans and the trials and tribulations that come along with it. At the end, doctors explained how they hope that in the coming years, better research will be available for transgender kids.

For more information about UNCG Pride Month 2018, visit the Office of Intercultural Engagement’s website, at intercultural.uncg.edu. Q+ will also be holding more movie nights such as this in the coming future.