Home › A & E › No Production without Representation

No Production without Representation 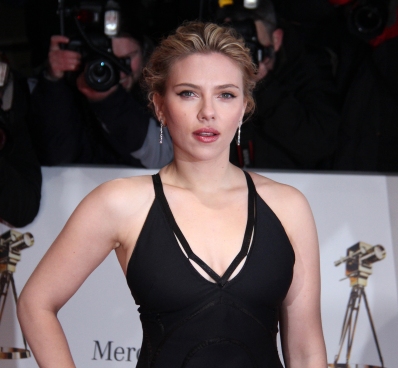 After recent backlash, Scarlett Johansson has made the decision to withdraw from the film “Rub and Tug.” The film will follow the life of Dante “Tex” Gill, a transgender man who owned and operated a string of prostitution rings disguised as massage parlors. Many were not happy with Johansson landing the role, especially those in the LGBT community.

It was unnecessary for Johansson to be cast into this role in the first place. She is a cisgender female who was playing the role of a transgender male. Why give her the part when there are other transgender actors in Hollywood who are far more underrepresented and far more accurate to the character? There are many heterosexual, white women that are already well known in the industry. There are hardly any transgender actors that are A-list celebrities. A popular name that comes to mind is Laverne Cox, a trans woman best known for her role in the hit Netflix series “Orange is the New Black.”

Whenever audiences bring up the issue of equal representation, media moguls are quick to point out how ‘diverse’ they are in casting the parts. Their definition of diversity is having a movie starring two cisgender, heterosexual white leads with one black and one gay character thrown into the mix (and if we’re lucky enough they’ll put in an Asian or Hispanic character to label their production as ‘exotic.’)

Viewers should not have to beg to see people similar to them on the big screen. This issue of media representation is not a recent grievance either. In 2015, Scarlett Johansson was under fire once again for being given the role of Major from the film ‘Ghost in the Shell.’ This film was originally a manga series set in Japan that debuted in 1989. Fans of the popular series called for her to be replaced by an actress who is of Asian heritage. The casting made no sense whatsoever. There are a plethora of Asian actresses who would have fit the role perfectly.

There is a new show on television that effectively showcases the LGBT community. The show is called ‘Pose,’ and airs on the FX channel. Creator and director Ryan Murphy is most famous for creating “American Horror Story,”  which airs on the network. The series is set in 1980’s New York and centers around the cultural and social world of those in the LGBT community. The characters who are transgender on this show are transgender in real life.

Out of the main cast, only three people are not a part of the LGBT community. Murphy made sure to give the roles to people who they are based off. A cisgender person should not play someone who is transgender. They do not understand the challenges which trans people face in their everyday lives. Therefore, they cannot accurately portray them on TV. If they did, viewers at home who do not know transgender people would likely not have a cohesive understanding of what it means to be transgender.

“Pose” has become highly successful for it to have just aired last month. Shortly after, Murphy and company announced there would be a season two. Fans were ecstatic that a transgender-centric series would stay on the air. A day later, Scarlett Johansson announced that she would be pulling out of her controversial role. This is likely not a coincidence. Johansson knew that if she were to stay in this role, she would lose credibility. Seeing how people praised ‘Pose’ may have caused her to sit down and ponder the effects this could have on her career in the future. Thankfully, she did the right thing and left. There has yet to be a recasting for the role.

Hollywood needs to stop casting the same rotation of people in lead roles. They only do this because they are familiar, and are more likely to rake in the big bucks from the theatres. It’s time that directors cast people who represent the characters which they are playing. Our world is diverse and the media should represent it as such.