Trump Attempts to Silence Critics With The Revocation of Security Clearance 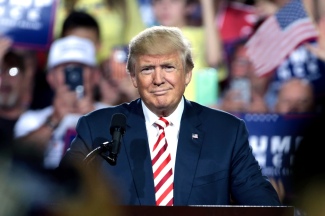 Trump has always had a troubled relationship with our right to freedom of expression. Now, he has actively and publicly made attempts to silence his critics. His most recent attempt is the abrupt revocation of security clearances from both current and former U.S. officials. Many of those who had their clearance taken were involved in the Mueller case or had been outspoken critics of the Trump administration. With something this blatant, many have questioned not only the legality of the move but the implications of the precedent as well.

First, who were the victims? One of the more recognizable victims was former CIA director John O. Brennan. Now an outspoken critic of the Trump administration, Brennan was responsible for the CIA during the Obama administration. The cause of the sudden revocation according to the Trump administration was the “series of unfounded and outrageous allegations.” Unprecedented is the use of security clearance as a political weapon, sparking widespread outrage.

What are the immediate effects of these actions? For the former officials who utilize their experience to serve as advisers for the U.S., this could prohibit them from accepting and/or being offered jobs. This potentially could seriously affect their ability to maintain a steady income, affecting not only them but their families as well.

While the morality of the action is questionable in and of itself, even the implications for the U.S can be detrimental. Officials who have decades of experience no longer will be able to offer insight into functions of government due to lack of security clearance. The wisdom of past generations essentially could be lost, leaving the nation in the hands of the inexperienced.

Of course, there is the dubious legality of the decision. The decision has even been questionable enough that Brennan himself has confirmed that he is contemplating taking legal action against Trump. The argument in this case is that the action Trump took was to silence criticism. While the case may not necessarily restore their clearance, it is certainly possible that it could prohibit Trump and future presidents from using this type of political weapon again.

This recent action by Trump has attracted more than the usual controversy, warranting widespread criticism from both parties. In unprecedented cooperation, former retired generals, admirals and spymasters have published an open letter entitled “Trump Is Not a King.” In the letter lines such as “You don’t have to agree with what John Brennan says (and, again, not all of us do) to agree with his right to say it” scathe the president’s decision and passionately defend our first amendment right. Additionally, detailed in the letter is their consensus that “Decisions on security clearances should be based on national security concerns and not political views.”

The significance of the very existence of this signed document should not be lost upon its readers. Never before has such a broad array of former high-ranked officials published any sort of joint statement. They ranged from the 95-year-old former FBI director William H. Webster to Robert M. Gates who served in the CIA under three consecutive presidencies.

The blatant attempt at retribution by the Trump administration upon its critics has justifiably brought down the mass criticism. Now, such serious action could indicate that tensions could increase further. While he hasn’t quite yet reached his good friend Putin’s habit of having journalists disappear, such drastic action is likely to continue.