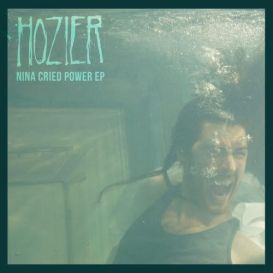 After nearly four years, Irish singer/songwriter Hozier finally released a powerful new EP. It is a change of tune from his self-titled first album, with a sense of urgency combined with a variety of  themes that vary widely from song to song. While just an EP, if these songs are an indicator of what’s to come, the future is optimistically nihilistic.

The title track references various gospel, blues and R&B singers. One particular reference he included, was Nina Simone, a North Carolinian who used her platform to speak for the black community.

Why does the Irish native feel so passionately about American rock and the influences on these movements? Despite the separation from most of the developed world, The United States of America remains a superpower nation. Every action we make has a worldwide audience. From laws we pass to comments made by our President, the United States has attempted to set itself as a worldwide precedent.

The globalization of American culture has obviously touched Hozier since he was a child. He credits his musical inclination to these powerful voices like Patti Labelle, Curtis Mayfield, and Mavis Staples, who is even featured on the track.

Perhaps the question we should be asking is why are these artists so relevant today? While artists nowadays often sing about trivial matters, Hozier is taking a holistic approach to this album. Every aspect of our society is interrelated. The artists and musicians feel the same pain from corruption and prejudices that every other person sees. Billie Holliday cried power for civil rights and basic human decency. Seegar cried power against war and the environment.

With a keyboard and drum set throughout the title song, keeping the time, the most noticeable instrumental is the choir. Whether a synthesizer was used or live vocals, the unity of these voices has a raw emotion that can’t be replicated. The symbolism is much more than a single layer.

While the keyboard and drums are important, the voices act as the melody and represent how voice is the most important instrument. Humans crying out, singing, making these sounds so that the meaning of the words are not lost. The vocals are loud and empowering, which really gives way to a moving song which taps into the beauty and power of Hozier’s previous work. Whether it makes you feel good about the change that can be made, or sad for the many hearts that have broken to get to this point, that is up to you to decide.

Music is a tool used throughout the ages to let voices be heard. Hozier is using his platform to share his opinion on these issues and hopefully spark some change. It is not enough to simply be outraged at these issues. About his influences, Hozier claimed, “Nina cried power, and I could cry power.”

From the uplifting message of the title track to the overtly sexual underlying tones in “NFWMB” and “Moment’s Silence,” this EP goes through the human mind and soul. Lyrics like “When the meaning’s gone, there is clarity. And the reason comes on the common tongue of your lovin’ me” refers to the Catholic church’s distaste for these sexual innuendos.

The four songs featured account explore issues prevalent throughout the civil rights era, the sexual revolution and women’s liberation and practically any fight. The metaphorical fight which Hozier experiences through these songs is comparable to nearly any obstacle that is in the way of achieving freedom.

The album is optimistic that though times are tough, they can only go up from here.

Unfortunately, the full album is not set to drop until early 2019. If you have a chance, I would highly recommend listening to Hozier’s new album.