Home › Opinions › Columns › Should we drill in the Arctic?

Should we drill in the Arctic?

The decision came just weeks after the president unveiled an ambitious plan to curb carbon emissions nationwide. As expected, environmental groups such as Creedo Action, Greenpeace and the Sierra Club, are dismayed to see the project move forward.

First, it is important to clear the air in order to pinpoint what this action is and is not. This is not a sudden change of Obama’s heart regarding fossil fuels. This sanction is the end result of a lease the Bush Administration originally offered Shell back in 2008.

Since then, Shell has made several preliminary expeditions to the Chukchi Sea and has overcome legal hurdles related to the environmental impact of its drilling proposal.

Shell has invested roughly $6 billion in the Chukchi Sea fields including $2 billion for the lease itself. Had the Obama Administration denied Shell its permits after the Ninth Circuit Court of Appeals ruled in the oil company’s favor, Shell would have certainly filed a lawsuit. And my guess is that the Obama Administration’s lawyers agreed that such a suit would not have been decided in the president’s favor.

I have my qualms about drilling in Santa Clause’s backyard, but overall there are several reasons to support drilling in the Arctic and offshore drilling in general.

Whether we like it or not, we will be reliant on fossil fuels for the next several generations. According to the U.S. Energy Information Administration (EIA), 13 percent of U.S. electricity was produced by renewable energy in 2014; out of that 13 percent, 6 percent was made up of hydroelectric energy, which is, in itself, enormously destructive to the environment. On top of this, gasoline fuels nearly every car in the nation.

But why go all the way to the Chukchi Sea? Won’t this area prove problematic no matter how much oil and gas lies under the ocean floor? Indeed, harvesting fossil fuels in the Arctic is a daunting task. The weather is extremely harsh, and oil platforms can only operate in the warmer months.

With that said, there is a salient reason to drill in remote areas rather than directly offshore. When the BP Deepwater Horizon platform blew up in 2010, it caused enormous economic, as well as environmental, damage because it was located 42 miles offshore in our nation’s maritime breadbasket.

The environment is all-encompassing. If an oil spill occurs, it will damage the environment in which it is located. But if we are to run this risk, there is an advantage in doing so in an area that is not thick with fishing, tourism and shipping.

There are also geopolitical reasons for increasing energy supplies off the U.S. coastline. Expanding offshore oil and gas supplies will, at the margins, decrease our reliance on foreign energy. The less we buy from overseas, the better. The world will find new fossil fuels regardless of what the U.S. does, and both the world market and the environment are better served by relatively responsible entities, such as Shell, rather than corrupt Russian energy fiefdoms or the state-owned companies of the Middle East.

Regardless of the facts surrounding Shell’s new venture, the average person will likely support or oppose it based on how he or she perceives global warming. I personally believe that global warming is a threat. I also believe that most voices ringing the Armageddon alarm exaggerate both the magnitude of that threat as well as our ability to do anything about it.

One common refrain is that we ought to drive up the price of fossil fuels in order to make green energy more cost competitive. In 2008, former Secretary of Energy Steven Chu said we must “boost the price of gas to European levels.” The cold-hearted logic behind this statement is staggering. A $40 or $50 swing in the monthly gas bill might not be a burden for Mr. Chu, but it would cause great anxiety for middle and low-income Americans.

Green energy is not lacking in public interest or funding. I believe the one-way, ratchet-like expansion of federal programs will be disastrous in the long run, but green energy subsidies would be one of the last items on my chopping block. The 2009 Stimulus Package threw $26 billion at green energy industries, and while some of those funds were wasted, we could do worse things than foster domestic clean energy production and consumption.

If it helps, our track record is not all bad news. According to the EIA and the Bureau of Economic Analysis, carbon emissions in the United States in 2013 were only 7 percent higher than 1990 levels, while our concurrent GDP increased by 79 percent. This is astounding and is a victory rather than a cause for alarm, much less another reason to close the door on new sources of fossil fuel. 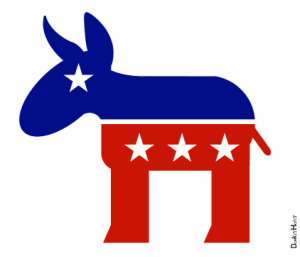 Experts estimate that the Chukchi Sea holds more recoverable oil than any other coastal area outside of the Gulf of Mexico. These permits come with conditions that prevent drilling in certain oil-rich areas because of previous issues with Shell’s safety equipment; Shell also will not be able to drill two wells at once.

This decision comes at a crucial time in the fight against climate change: from Nov. 30 to Dec. 11, government representatives from more than 190 nations will meet in Paris to come to a new global agreement on climate change in the hope of reducing greenhouse gas emissions and avoiding dangerous disruptions to the global temperature.

This meeting is important because new data is showing that our current emissions trajectories have us on course to pass the threshold beyond which global warming will have catastrophic and irreversible effects. That threshold is estimated to be a 2 degrees Celsius rise above pre-industrial levels, although we are headed for a rise of about 5 degrees Celsius.

To put that temperature change in perspective, the difference between the temperature of today’s world and that of the last ice age is only about 5 degrees Celsius.

Even with just the 0.85 degrees Celsius increase in temperature that has occurred over the past few decades, we have already begun to see immediate effects. One of the most direct impacts of this climate change is the increased frequency and greater intensity of extreme weather. For example, heat waves, such as the 2003 event in Europe, which killed 70,000 people, are 10 times more likely than they were a decade ago.

Scientists predict that continued warming will eventually cause the Greenland ice sheet to collapse, and a report from the Intergovernmental Panel on Climate Change states that after 3 degrees Celsius warming, Greenland will vanish entirely and coral reefs will be mostly extinct. At that point in time, extreme droughts will be commonplace and the amount of area burned by a wildfire will increase by 400 percent.

Every one-degree Celsius increase in temperature corresponds to 10 percent less rainfall during dry seasons in the Mediterranean, Southwest North America and South Africa, and an increase in rainfall in Alaska and other places in the Northern Hemisphere.

This continual warming will also result in 10 percent less stream flow in river basins such as the Arkansas and the Rio Grande, and up to 15 percent less corn-crop production in the U.S. and Africa, and the same reduction of wheat in India.

On a more short-term scale, many of those opposed to BSEE’s decision have vocalized their concern about oil spills, especially considering Shell’s disastrous history in this area. The Department of Interior itself admits that there is a 75 percent chance of an oil spill of at least 42,000 gallons of crude oil.

If a spill were to occur, the nearest cleanup crew is about 1,000 miles away, and if the spill occurred later in the season, sea ice could freeze over the spill area and deter attempts to cap the well. An oil spill in this area would cause major issues for the 7,500 Alaskan Natives, known as the Inupiat, who live along the northern coast and are heavily dependent on marine mammals for food.

Obama’s decision comes with just over a year left in his presidential term, but Shell’s CEO says that oil extraction in Alaska won’t be possible for another 15 years. This means that Obama’s decision isn’t the last word in the battle against climate change.

While the president’s choice certainly sets a precedent, the future of offshore drilling in Alaska lies in the hands of one of the 2016 presidential election candidates. Hillary Clinton has already voiced her opposition to Shell’s drilling and has announced her own climate vision: 500 million solar panels across the country, eco-minded energy tax breaks and enough green power to keep the lights on in every home in the U.S.

Bernie Sanders has also spoken out against building the Keystone Pipeline and has called for a carbon tax. Hopefully, our future presidents can make decisions that will help our country reduce our greenhouse gas emissions and keep us from reaching the 2 degree Celsius temperature increase threshold.