A Conversation With Chastity Brown 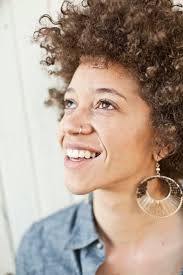 I sat down on a porch in the sleepy neighborhood of Lindley Park to speak with Chastity Brown, a singer-songwriter touring from Minneapolis, Minnesota. Chastity’s blend of folk and soul has recently caught the attention of NPR, The Independent and other notable journals after the release of her newest record, “Silhouette of Sirens.”

Sam Haw: I understand you were raised in Tennessee but have lived in Minneapolis for about ten years. How have each of your homes shaped you both as an artist and as a person?

Chastity Brown: Well, I was born in New Hampshire and moved to Tennessee when I was six. The whole time I was living in Tennessee, up until I was twenty-three, I had a little bit of distance between being a Tennessean when I wasn’t actually born there. But when I moved to Minnesota I realized, ‘oh sh*t, I’m actually country as hell, afro or not I’m a country girl’.

The main influences of Tennessee are the slow pace and the story. That’s what happens on a porch, is the story telling. I don’t think we even realize, living here, that that’s a part of the way we communicate to each other. We are storytellers, a lot of us in the south, whether you’re an artist or not. I didn’t realize that until moving to Minneapolis because the front porch culture is not a thing. I have a front porch at my house in the city, and I’ve had really horrible interactions with people that come up on the porch. It’s understood in the south that the porch is an extension of your living room, where as in Minnesota that’s not part of the culture.

When I first moved up north, I realized punk music was a huge influence, like The Replacements and Husker Du. But I didn’t know all the soul music taking place there. Janet Jackson recorded almost all of her albums right there in Minneapolis, right across from the Ice House. Sonically, I think there is something to the guitarists of Minneapolis. There’s an ethereal quality, this atmosphere, these allusive soundscapes. I feel that now, finally after living twelve years in Minnesota, that my music has coalesced with that southern storytelling and the city soundscape of up north.

SH: Do you have any favorite acts out of your two homes?

CB: Out of Knoxville there’s a band, that’s no longer together, called Dixie Dirt. And when I lived there, that was THE BAND. Kinda Cat Power-esque, which is surprising because the lead singer of this band was also named Kat Brock. Dixie Dirt was such an influential band, I highly recommend checking them out. Now in Minneapolis, we have this really diverse music scene, although it’s small in comparison to big cities. There’s this soul band called ZULUZULUU, which is so sexy. A friend of mine, Sarah White, is a rapper and a singer, and her music is kind of like futuristic-soul. There’s this singer songwriter, Ben Kyle and his band Romantica. His music is maybe akin to Ryan Adams style songwriter type music. There’s also Happy Apple, which is a band Mike Lewis from Bon Iver has been in for fifteen years. It’s saxophone, upright bass and drums, just like an experimental jazz trio.

SH: How do you combat writer’s block?

CB: I’ve been thinking about that a lot lately. I’ve been watching this four part series with Ryan Adams, well this particular interview. In it he talks about how he writes all the time and I think for everyone it’s so different. I’m trying to make sure I don’t find myself in that writer’s block position. In ‘Letters To A Young Poet,’ Rilke essentially says if you find yourself unable to write, then you’re not a writer because if you can’t write about your present, you have the wealth of your childhood. You have an infinite amount of experiences to draw from. Sometimes I think about that and I’m like ‘f**k you Rilke! I don’t have anything to write about!’ Other times, if I allow my memory to go back, like to a ballgame, or first kiss, or to a slow dance, or learning to drive or getting pissed off, you know those first experiences.

SH: You seem to write about experiences through a retrospective lense.

CB: Yeah! Part of me feels like thematically there are things that I might always write about. I think that I draw an infinite amount of inspiration from my family. I have a huge family, and I think I draw this inspiration from them in different ways. Family members that are struggling with mental health or the loss of my cousin, so I think I tease out things like that. Music, I use it to process life, whether it’s my own life, someone I know, or watching a movie and imagining what brought that character to that point.I think it’s about perspective and trying to be as honest as possible. Our influences are always synthesizing themselves within us. It took me a long time to accept the way that I sing. I wanted so badly to sing more like an indie rocker, and I think it was because Dixie Dirt were so influential to me when I was in my early twenties. I thought ‘I want to write like that. I want to write lyrics that are vague with thick metaphors,’ but then I realized I was a bit more plain spoken, like James Baldwin. He still writes incredible metaphors, but his language isn’t so dense that the common person can’t read it. You don’t have to be an academic to read James Baldwin.

After a while we diverged off topic to discuss shared experiences of being in choirs, voice teachers and more geeking out over Justin Vernon. If you have the opportunity to see Chastity Brown perform, or meet her in person, she will not disappoint.