A Too Active Emergency Drill 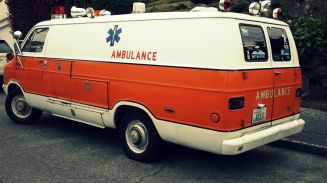 The safety of college students should always be a priority to colleges, and quick response during an emergency should always be at the forefront of campus faculty. On Thursday, UNCG held an active emergency drill in and around the McIver Building. Although it’s a wonderful and productive drill that tested the responses of EMS, police, and other first responders involved in emergencies, this exercise should not occur while thousands of students are on campus trying to receive an education.

The active emergency drill on the UNCG campus began approximately at 9 a.m. and lasted until mid-afternoon. Classes were active and an overabundance of students attempted to travel across campus to reach their classes. Yet, with the drill in full swing, many students were distracted from their education by what was going on. While the drill was important, it felt unnecessary to hold it at such a busy time on campus.

One extra source of congestion caused by this drill was the student parking on campus. Not only were the top two floors of the Oakland parking deck closed, but several lots, and all parking on Highland Avenue were as well. Several streets were completely closed off to students for the duration of 9 a.m. to 5 p. m., making travelling choices fewer and the open streets more cluttered.

Yet, while the congestion was a hassle, the main problem with this exercise was that the mock gunfire that was heard between the hours of 9 a.m., and 11 p.m., could have been very distressing to many students. Although the location of this drill was at the McIver building, the simulated gunfire could be heard throughout campus.

As a person who suffers from anxiety attacks, this possibility is fearful and consuming. Loud noises, such as gunfire, are excellent candidates to raise anxiety and panic in one who suffers from such. Why take the chance of any possible loud noises reaching those who suffer from negative effects from them?

UNCG takes pride in having our veteran students, yet there are many veterans who are suffering from PTSD. Just imagine a former soldier sitting in class, hearing the mock gunfire, and having horrible flashbacks, all for the sake of having an emergency drill that didn’t necessarily need to occur while classes were in session. At the least, class attendance shouldn’t have been mandatory for students. Anyone suffering from anxiety or PTSD could have easily seen the potential danger of attending school, and could have chosen to not attempt to go to class instead.

Although emails and reminders were sent, there is always the possibility of someone being unaware, catching them completely off guard. Imagine sitting in class, oblivious to the drills occurring on campus, and suddenly hearing repeated gunfire. This is a terrifying prospect for any student, not to mention those who suffer from anxiety or PTSD.

According to Fox News, Elizabeth City State University, when executing their live drill during active campus hours, ended up offering counseling to faculty and students who suffered adverse side effects from the emergency stimulation. Backlash was abundant with many students and several staff members. UNC administration even claimed “disappointment” in the way that Elizabeth City State chose to handle their emergency drill.

Regrettably, college shootings happen in America, which was why students and faculty at Elizabeth State experienced such terror in the face of their emergency drill. These shootings are even occurring on nearby campuses, such as on Jan. 20, when Najee Ali Baker, a Winston-Salem State University student, was fatally shot at Wake Forest University,. This was one of the eleven school shootings so far in 2018.

The possibility of college shootings, even simulated ones, are frightful. Although UNCG did send out notifications of the occurrences on campus for the active emergency drill, it still does not fully prepare you for the sound of gunfire.

While I do agree that having an emergency drill is an excellent idea, I do believe that timing it on campus during busy, active hours is a bad idea. Instead, it should be held during break while classes are not in session and few students are commuting about campus. This would still give emergency response teams the freedom to do any and all possible stimulations without affecting the students. Let’s practice and be prepared, but have it scheduled during down-time, not busy-time.