‘Collage’: A Showcase of UNCG Talent 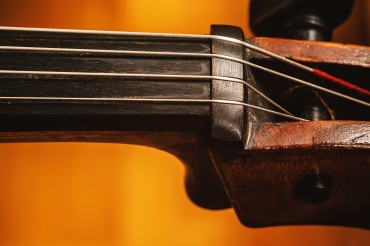 On Saturday, Sep 8, the UNCG Music Department put on their yearly showcase, affectionately named ‘Collage’. The show was once again sold out, and like always, really lived up to the hype. Between grand displays of vocal talent, to the cool sounds of jazz, this years ‘Collage’ truly showcased the talent right here in Greensboro.

This year’s theme was the music of Leonard Bernstein, a composer who spent a great deal of his life composing for Broadway. Yet, the showcase felt like so much more than a tribute to a late and great creator. It was a demonstration of what music has been, and what it could be.

The evening was off with a bang, as near-deafening timpanis triumphantly announced the beginning of the show. They began with the classic, ‘Presto barbaro’ from Bernstein’s “Suite from On the Waterfront.” It was a piece filled with all of the wonder of Leonard Bernstein himself. Between the dramatic red lights, and that classic Broadway sound, it was an introduction which needed no words.

Next up in the night’s repertoire, was a piano duet of “America,” one of the central songs of one of Bernstein’s most well known works, West Side Story. As the department made their way through several pieces, the genres continued to continuously change, giving a fresh and new way of presenting a show. Though jarring at first, the directorial choice kept the concert moving quickly, avoiding stagnation and ensuring that the crowd remained engaged.

Of the pieces of the first act, Marimba Spiritual was one of the most impressive pieces. It consisted of several bass drummers keeping a solid beat in the background, as a marimba player darted quickly up and down the instrument. It was impressive to say the least, as the group showed exactly how impressive a drumline can be. The audience was in awestruck silence as the marimba player flitted around the instrument like a hummingbird, and the department brought a different kind of spiritual to the ears and hearts of the awaiting crowd.

The first act concluded with the Overture to West Side Story, making it a fitting choice to use Bernstein’s Overture to Candide. Immediately the second act took on a bit of a darker tone. The piece continued to carry the light airiness of the wind ensemble that had been a staple in the first act, yet with a dissonance from the strings which made the piece feel urgent and anxious.

This tone continued through the next piece, ‘Martian Milonga’, which utilized jazz chords to continue the warning feeling of the first piece. Though the mood held off during ‘Stomp Your Foot’, a riveting choral arrangement with all of the usual liveliness of the great Aaron Copland, the mood quickly returned to the darker tone for the Baroque styled ‘Allegro’, which was performed completely in the dark.

The darkest piece of the second set was ‘Last Round’, which sounded like the soundtrack to a horror film. Between the sharp, screeching strings and the deep low bass, the piece was beautifully unsettling. It was difficult to tell if the goosebumps were from pleasure or fear.

With the next piece in the repertoire, it was easy to tell that the goosebumps were from pleasure. ‘Lonely Town’ took the darkness which had been flirting with the entire second act, and brought it to a head with sultry jazz, complete with a crooning saxophone, and soaring trumpet and just the right kind of raspy vocals to really bring the piece together. It brought to mind a dark smoky room and that old familiar face, and every note pulled at the heartstrings of the romantics in the crowd.

The night ended much as it began, with the boisterous and beautiful sounds of Leonard Bernstein’s imagination. Between the glorious vibratos of some pretty impressive vocalists, the strong and joyous sounds of the choir and a finale that can only be described as a perfect fortissississimo.

As the crowd made their way into the streets, the beauty of the music made its way as well, on the breath of people humming and whistling as they left the building. It was a collage of music that really left the audience inspired, and likely already putting aside some extra cash for their ticket to next year’s show.