The Haunting of Hill House: A Modern Gothic Masterpiece 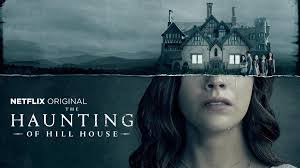 Netflix has done it again. A terrifying show just in time for Halloween? Check. An intense family drama with empathetic characters and phenomenal acting? Check. Plot twists and impeccable cinematography? Check. All wrapped up in ten easy-to-digest, binge-worthy episodes? Check!

Based on the novel by Shirley Jackson, The Haunting of Hill House follows the Cain family through two time periods, a childhood summer spent in a cursed fixer-upper, and the adult present. Imagine “This Is Us” mixed with “Insidious.” The Cain family consists of 6 members: Steven, the eldest, Shirley, Theodora, the twins Luke and Nellie, and the father of the bunch Hugh. Their mother died in a mysterious accident involving the house one fateful night, the circumstances of which are explained later on in the show.

“The Haunting of Hill House” is at its core a ghost story, but every element of the family dynamic and the tragedy they have all endured is the real blood of the show. As the show progresses and the children grow up, ghosts are not the only thing plaguing them. They have stopped speaking to Hugh, as they blame him for their mother’s death. Some of the characters leave Hill House with abilities, some of them leave with grief and nightmares, and some leave with addiction.

Certain moments of this show are especially gut-wrenching due to the phenomenal acting. You really feel the blood, sweat and tears of these characters. Another great aspect of this show is the clear Edgar Allan Poe influence. Hill House is a monstrous gothic home filled with dark imagery that is both unsettling and regal. The immaculate set design coupled with the intense acting perfectly creates an almost sentient aura for the house. If you are an eagle eyed viewer, you may also catch dozens of hidden ghosts lurking around the characters in shots. Every scare is well timed and shot, with very impressive sequences taking place within the titular house. Some of the themes covered in Hill House may upset some viewers as they are portrayed with the utmost accuracy.

The show tackles death, addiction, alienation and a broken family, issues that many of us struggle with. As desolate as the show may seem, its rich characterization and twisty-turny plot help make the final episode of the series cathartic and even heartwarming. If you have struggled with any of the themes stated above, Hill House may surprise you and even help you process these difficult emotions and events.

The Haunting of Hill House is an exquisite offering from Netflix, and the timing could not have been better. If you are a fan of the horror genre, this one is definitely for you. If you are a viewer who is a little bit more squeamish, maybe keep the lights on and grab a friend while you watch. Don’t forget the box of tissues either.

Like Loading...
‹ Indie Musician Redefining ‘Made in China’ with New Distribution Tactics
A Star Is Born Review ›